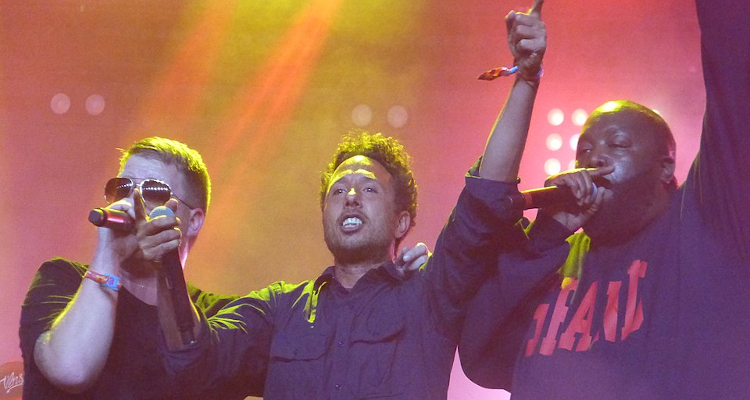 The impressive revenue benchmark came to light in a recent interview with Run the Jewels members El-P and Killer Mike, as well as higher-ups from BMG Rights Management.

Specifically, BMG Executive Vice President of Repertoire and Marketing Thomas Scherer, who played an integral part in signing the previously independent Run the Jewels to their first major record deal, revealed the figure.

On Twitter, Run the Jewels indicated that a mass influx of preordering fans caused their website to crash, before directing these eager supporters to a new link.

Two RTJ4 singles have been released thus far: “Yankee and the Brave (Ep. 4)” dropped on March 22nd and was followed shortly thereafter by “Ooh LA LA.” The entire 11-track album will become available for digital purchase next Friday, June 5th, with a physical release tentatively planned for September.

Greg Nice and DJ Premier contributed to “Ooh LA LA,” while Pharrell Williams, Zack de la Rocha, 2 Chainz, Mavis Staples, and Josh Homme made appearances on RTJ4 songs that have yet to be released. The much-anticipated record will mark Run the Jewels’ first album since 2016.

The planned tour for RTJ4 has, predictably, been put on ice because of the novel coronavirus pandemic. However, Run the Jewels are still set to perform at Bonnaroo 2020 this September. Whether the annual Tennessee music festival will take place this year is hardly a given, owing to the unprecedented uncertainty stemming from COVID-19.

But if the four-day-long event does proceed (and with its current lineup), Run the Jewels will entertain fans alongside Tool, Miley Cyrus, and The 1975.

The Grande Ole Opry, Lizzo, Tame Impala, Tenacious D, and Lana Del Rey are among the other acts who have agreed to perform at Bonnaroo 2020.