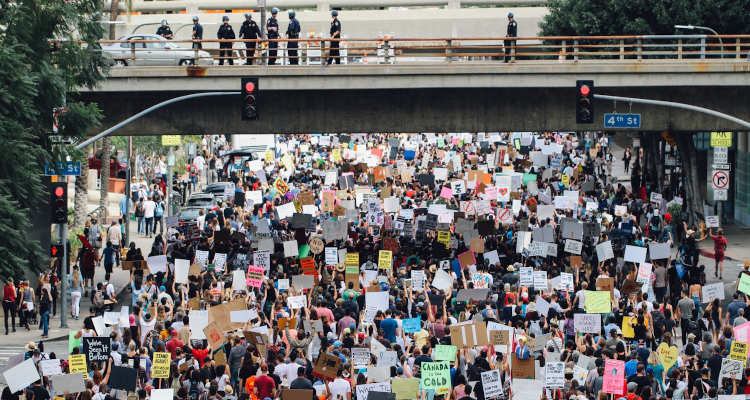 A number of well-known artists and entertainment industry professionals, including Lil Nas X, Harry Styles, and Halsey, have donated to the Minneapolis Freedom Fund, a charity that covers bail costs for those who cannot afford them.

On its website, the Minneapolis Freedom Fund indicated yesterday that it had received “tens of thousands of donations” since protests broke out in Minneapolis, Minnesota, last week. Additionally, Freedom Fund officials stated that these donations exceeded $20 million – a figure that has undoubtedly increased during the last 36 or so hours.

Halsey, for her part, called on fans to donate to “bail orgs” and said that she had already done so. The 25-year-old New Jersey native also made clear via images that she was on-hand for protests.

One Direction star Harry Styles followed suit with a donation of his own, tweeting: “I’m donating to help post bail for arrested organizers. Look inwards, educate yourself and others. LISTEN, READ, SHARE, DONATE and VOTE. ENOUGH IS ENOUGH. BLACK LIVES MATTER.”

Lil Nas X reportedly donated to the Minneapolis Freedom Fund after weighing in on the protests on Twitter, and Ariana Grande encouraged protesters and plugged a similar charity (which specializes in providing bail to those in Los Angeles jails).

Kehlani followed up a $1,000 contribution to the Minnesota Freedom Fund with $2,000 in aid to her home city’s Peoples Oakland.

Outside the music community, model Emily Ratajowski asked supporters to benefit the Freedom Fund (besides publishing a photograph showing her marching in Los Angeles), and Chrissy Teigen pledged $200,000 to bail causes. Actors Steve Carrell, Seth Rogen, and Patton Oswalt are among the others who revealed, via a Twitter message chain, that they backed the Minnesota Freedom Fund itself.

Earlier today, Digital Music News was first to report that leading record labels and music industry companies plan to participate in “Black Out Tuesday” in protest of George Floyd’s death, as well as fatal violence against other African Americans.

At the time of this writing, protests were again unfolding across major American cities. While largely peaceful during the day, said protests have, since initiating last week, generally become violent at nightfall.