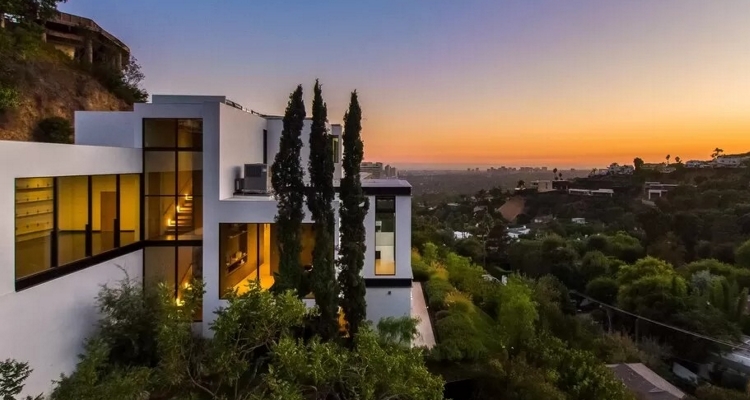 Global pop-star Ariana Grande is finally settling down in the Hollywood Hills — in a $13.7 million mansion.

The pop singer has rented mansions across Los Angeles for years, but now she’s finally settling down. The mansion is perched above L.A.’s Sunset Strip in a neighborhood called Bird Streets. Her new digs feature 10,000 square feet of space in ultra-contemporary style. That’s smaller than the previous mansion she rented overlooking Beverly Hills.

The mansion has never been occupied, despite its completion back in 2018. Instead, the pad has gone on-and-off the market and started at a whopping $25 million. Eventually, the price lowered to $17 million, which is $3.3 million more than what Ariana Grande paid for it.

The price ($13.7 million) Ariana Grande paid is one of the priciest purchases in the Hollywood Hills this year.

Nearby neighbors include Bobby Flay, Keanu Reeves, and Leonardo DiCaprio. The property’s lower level features a gym and wellness center, complete with sauna and a home theater. There’s also a lavish, fully stocked bar for guests to enjoy. The mansion doesn’t have much of a yard or landscaping, but it does feature a large patio and an L-shaped infinity pool. A massive kitchen features custom cabinets and a double-sided fireplace to heat the living and dining rooms.

It goes without saying that Los Angeles is a crazy real estate market. Case in point: Geffen could buy two more mansions for the price he sold the Warner Estate. And Grande purchased her palatial overlook at nearly half-price.