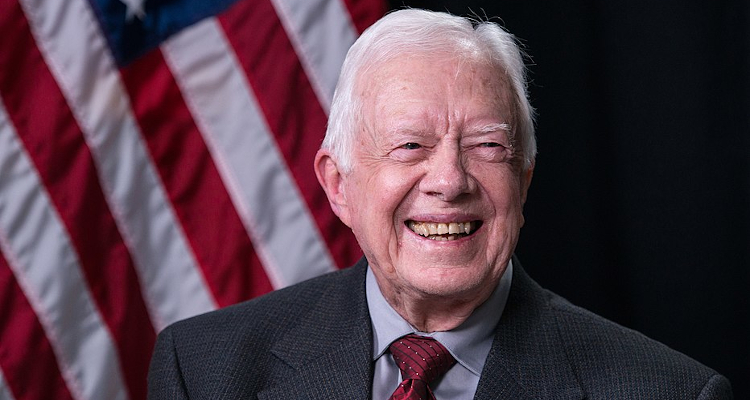 CNN Films has acquired the North American distribution rights for Jimmy Carter Rock and Roll President, a documentary that explores the 39th president’s interest in and relationship with music.

Jimmy Carter Rock and Roll President was initially slated to debut at this year’s Tribeca Film Festival, but will instead be shown on Sunday, June 21st, at the American Film Institute’s virtual DOCS 2020 festival.

More specifically, the documentary will chart music’s role in facilitating Carter’s rise to the presidency, as well as the prominent part artists played in White House culture during his time in office.

Bono, Paul Simon, Garth Brooks, Willie Nelson, Bob Dylan, and other well-known musicians offered interviews as part of the documentary, which also features rare images and footage of Carter interacting with artists such as Dolly Parton and Muddy Waters.

Additionally, the film includes interviews from Jimmy Carter himself. The Georgia native, who is the longest-living president and who has had the lengthiest post-presidency career of any chief executive in U.S. history, will turn 96 years old this October.

Fans can catch a brief trailer for Jimmy Carter Rock and Roll President on YouTube. CNN Films hasn’t yet announced a wider release date for the documentary.

The music community has enjoyed several high-profile documentaries as of late, which have been released digitally due to the COVID-19 crisis and its associated lockdown measures.

In April, YouTube released a documentary entitled Coachella: 20 Years in the Desert to commemorate the music festival’s history; Coachella 2020 was officially canceled yesterday.

Other Music, which explores the influence of its namesake New York City record store, was also made available to fans in April, with a portion of profits benefitting independent record shops.

Lastly, HBO released On the Record, which laid out the many sexual harassment and assault allegations that have been levied against Def Jam co-founder Russell Simmons, on May 27th.