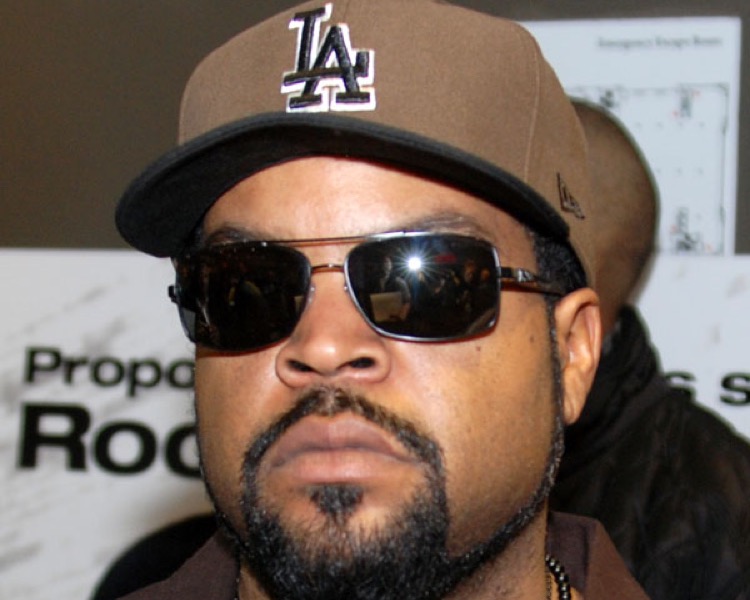 Twitter has flagged — but not removed — multiple anti-Semitic tweets posted by Ice Cube this week.  The rapper has refused to remove the tweets, despite rising protests from followers to remove the hate-filled messages.

The anti-Semitic tweets were initially thought to be the result of a hack, though Ice Cube eventually claimed ownership of the posts. The tweets feature a number of blatantly anti-Semitic themes, including one illustration with grossly-caricatured Jewish men playing a game of Monopoly on the backs of black people.

“F—K THE NEW NORMAL UNTIL THEY FIX THE OLD NORMAL!” Ice Cube captioned above the image.

Another featured the ‘Black Cube of Saturn’ positioned inside the Star of David, a juxtaposition that alludes to a number of anti-Semitic conspiracy theories.  But despite continued protests against the Jewish slams, Ice Cube flatly refused to remove the tweets, while defending his messaging as ‘pro-Black’.

“This is his second anti-Semitic post in a week,” one follower complained. “Conspiracy theories of Jewish global domination are textbook anti-Semitism.”

Ice Cube angrily snapped back at that criticism, while adamantly refusing to remove or alter the posts in question. “What if I was just pro-Black?” Ice Cube (real name O’Shea Jackson) quipped.  “This is the truth brother. I didn’t lie on anyone. I didn’t say I was anti-anybody. DON’T BELIEVE THE HYPE. I’ve been telling my truth.”

Another questioned whether Ice Cube was diluting his anti-racism messages by being racist himself.  “It’s odd to argue against racism while sharing anti Semitic images and tropes,” another Twitter user wrote.

Others continued to voice objections. “I have tremendous respect for you as an artist and champion for peace and tolerance,” another follower stated. “But the image you shared… is strongly anti-Semitic. As a role model fighting racism today, I would strongly urge you to please withdraw.” 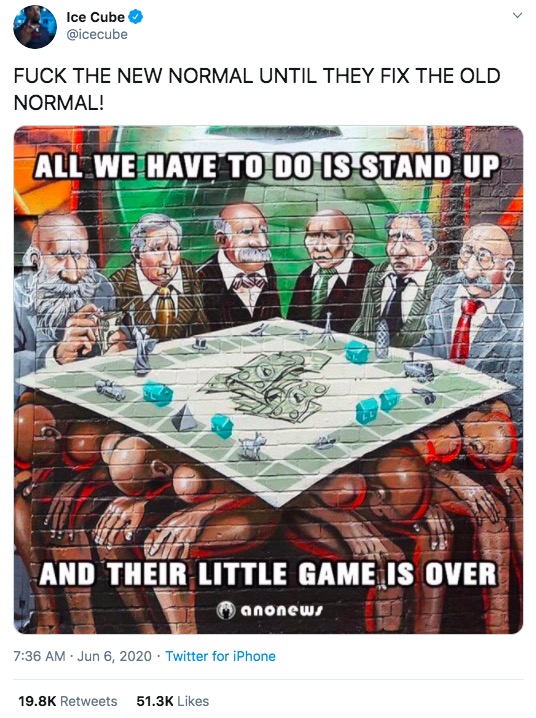 Earlier, Ice Cube also sent a public message to Twitter CEO Jack Dorsey, warning him not to censor his posts.

“You bet not let them censor me Jack,” Cube posted, while strangely re-posting an article revealing that Dorsey had declared Juneteenth a company holiday.

But Dorsey — or, more likely, somebody working at Twitter — did censor the rapper’s posts, at least partially. Perhaps in response to continued complaints, Twitter took the step of hiding the anti-Semitic posts, noting that they contained ‘potentially sensitive content’. Users could click beyond the warnings to see the tweets, however.