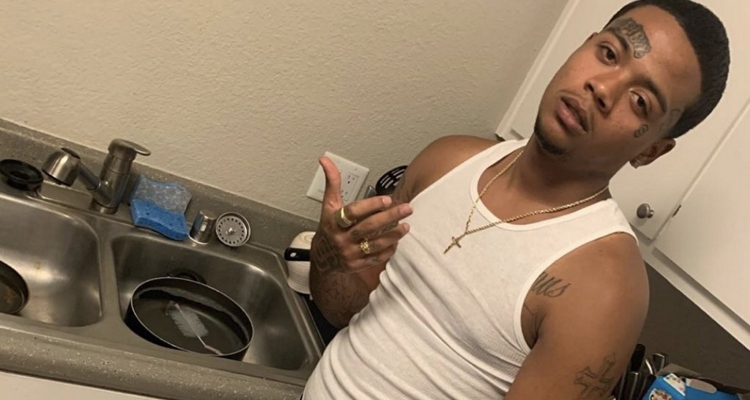 Rising Sacramento rapper Bris has died of gunshot wounds, according to a report from the Sacramento police.

The promising rapper was found shot to death in a southern neighborhood in Sacramento. The police report says officers were responding to shots fired call near Franklin Boulevard and Fruitridge Road around 12:42 am. Police found Bris with gunshot wounds, and he was pronounced dead at the scene. Nearby, there was evidence of a single-vehicle crash that was linked to the shooting.

Sacramento police detectives say they are canvassing the area with crime scene investigators. They hope to uncover more evidence for why Bris was shot and killed.

Some speculation about an attempted robbery is floating around online. Another person claims to be a witness to the crash.

“Y’all. That wasn’t an attempted robbery. That was a straight-up hit. Bris crashed & ran for his life. They shot him & sped off. I watched the whole thing,” someone writes on Twitter. “Was out driving. Had just cleared the intersection when his car came screeching through it & crashed. Gunshots followed immediately & grey car sped off. His car never moved again.”

The killing of Bris in Sacramento is just one of many artists murdered in their own neighborhoods.

Nipsey Hussle was gunned down in his neighborhood last year. Rapper Pop Smoke was killed in a home invasion in February 2020. In May 2020, Toronto rapper Houdini was found shot and killed. Earlier that same month, 21-year-old Brooklyn rapper Nicky Blixky was found shot to death on the streets.

Even Brooklyn rapper Tekashi 6ix9ine pled guilty to nine crimes related to helping his gang kill people. He testified in court to ordering the murder of fellow rapper Chief Keef.

According to the testimony, 6ix9ine offered $20,000 to his fellow Nine Trey gang members to see Chief Keef murdered. When the initial hit was unsuccessful, Tekashi 6ix9ine says he lowered the price of the hit to $10,000.