Tekashi 6ix9ine Gets Out Of Jail Early – Thanks, Coronavirus 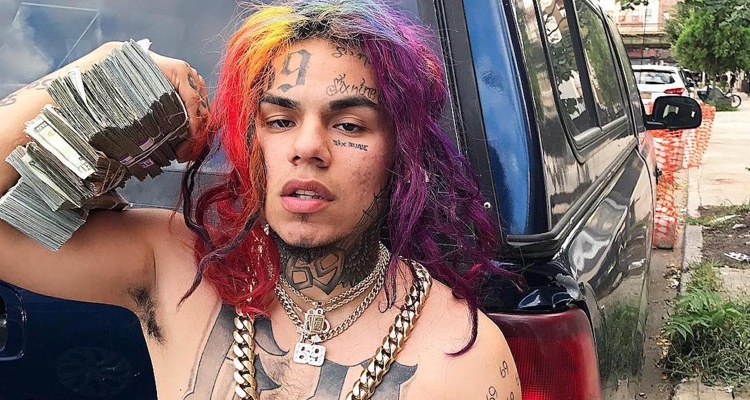 A judge has released rapper Tekashi 6ix9ine from prison, months before his anticipated August departure, because of concerns relating to the 23-year-old’s respiratory health and the coronavirus (COVID-19) pandemic.

As Tekashi 6ix9ine suffers from asthma and was once hospitalized for severe bronchitis, medical professionals believe that he runs a high risk of experiencing health complications if infected with COVID-19. To lessen his chances of contracting the novel coronavirus (and to reduce the prevalence of the disease among those who will remain imprisoned), Judge Paul Engelmayer approved the release application.

Now, Tekashi 6ix9ine will complete the remaining four or so months of his sentence from home, while wearing an ankle monitor. Previously, Tekashi turned down the U.S. government’s offer for enrollment in the Witness Protection Program, after he testified against several of his past Nine Trey Bloods accomplices in federal court. And in exchange for this cooperation, Tekashi’s potentially 50-year-long sentence (stemming from racketeering, narcotics, and weapons charges) was cut to just 24 months.

All signs indicate that Tekashi 6ix9ine will stay busy on the “outside.” Last October, he signed a $10 million record deal, and 50 Cent is set to executive produce a documentary about his life.

On a less positive but decidedly pressing note, Tekashi was tagged with two multimillion-dollar lawsuits last month. The first complaint relates to his allegedly violating the terms of a $2.2 million sponsorship deal with Fashion Nova, whereas the other, a $150 million suit, stems from injuries sustained by an unnamed bystander during a revenge shooting allegedly ordered by Tekashi.

Prisons throughout the United States and the world are releasing inmates to stem the transfer of COVID-19 and reduce the risk of widespread breakouts. California Governor Gavin Newsom announced earlier this week that his state will release 3,500 prisoners prematurely during the next two months. Plus, New York City Mayor Bill de Blasio has released about 900 nonviolent criminals to date.

Internationally, Iran has freed approximately 80,000 prisoners, and Poland may allow up to 12,000 inmates to complete the remainder of their sentences from home.