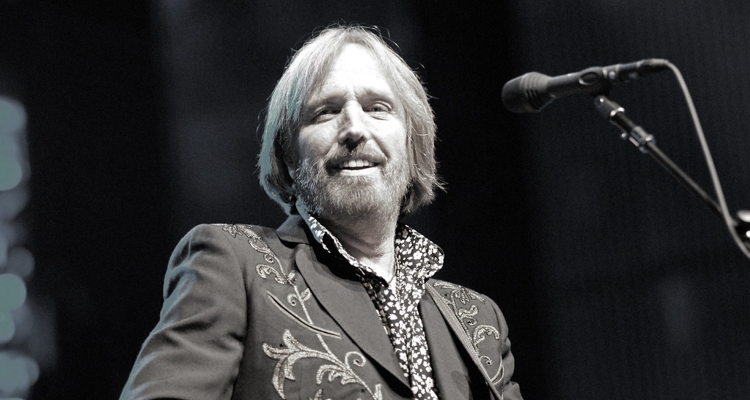 Trump played Tom Petty’s hit, ‘I Won’t Back Down’ at his ill-attended Tulsa rally. The Petty family says the use was “in no way authorized.”

The Petty family took to Twitter over the weekend to release a statement shortly after the Trump rally. “Trump was in no way authorized to use this song to further a campaign that leaves too many Americans and common sense behind,” the statement reads (here’s a full rundown of the songs played at Sunday’s Trump rally).

“Both the late Tom Petty and his family firmly stand against racism and discrimination of any kind,” the statement continues. “Tom Petty would never want a song of his used for a campaign of hate. He liked to bring people together.”

Tom Petty died of a drug overdose in 2017, aged 66. The rocker frequently cited his song, ‘I Won’t Back Down,’ saying it had the most powerful impact on his fans.

It was first released in 1989 on his solo album, Full Moon Fever. Petty says the song often inspired fans to send him messages about how it inspired them during hard times. “He told me that he heard, or read somewhere, that it brought a girl out of a coma,” his widow told NPR in 2019. “It was her favorite song, and they played it, and she came out of a coma, which blew his mind.”

The Petty family insists that the song is written for the underdog, “for the common man and everyone. We believe in America, and we believe in democracy,” the Petty family continues. “But Donald Trump is not representing the noble ideals of either. We would hate for fans marginalized by this administration to think we are complicit in this usage.”

After the Petty family tweeted their message, several members of the band echoed the sentiment.

Benmont Tench III retweeted the Petty family’s statement, adding “Second. Absolutely. I, in no way, approve of Trump even whistling any piece of music associated with our band. I hope that’s clear enough.”

Others were less conciliatory. Immediately after the statement, a number of critics posted images of Tom Petty flanked by massive Confederate flags at various shows. Of course, Tom Petty isn’t here to defend those stage designs, though the hypocrisy was widely noted. Just recently, NASCAR banned the Confederate flag at all of its events. 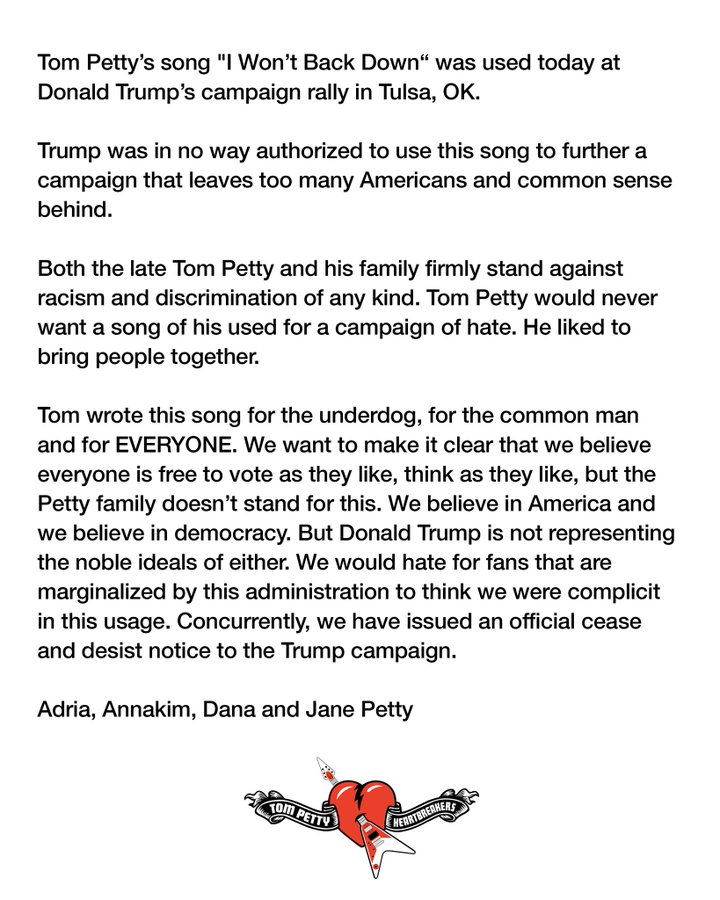