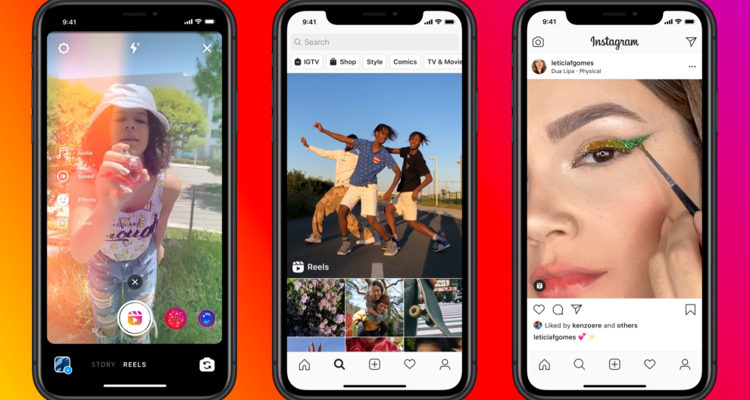 Instagram is expanding its TikTok clone ‘Reels’ outside of Brazil, where it launched last year.

The app is now expanding to France and Germany, where users can record 15-second video clips. Reels features a suite of editing tools to make editing easier. A countdown timer and speed effects can help with creative editing.

Instagram has tinkered with the Reels experience with Brazil as a testing ground — now it’s expanding.

Reels were initially designed to be shared as Instagram Stories. But the Instagram community asked for a way to share Reels permanently. Thus, the product morphed from a Snapchat clone to a TikTok clone. Reels now have a dedicated space on Instagram user-profiles and in Explore.

The feature brings Instagram closer to TikTok in parity while keeping people in the Facebook ecosystem. Facebook’s chagrin at TikTok’s success in the United States is palpable. The company spent most of 2018 trying to buy Musical.ly before it was snapped up by Chinese company Bytedance.

Now, Facebook is focused on copying the features that make TikTok attractive in a new experience. It’s not the first time Facebook has outright copied a competitor to keep its ecosystem alive. Instagram Stories and Facebook Stories were near 1:1 copies of the Snapchat Stories feature when it debuted in 2015. Those features have since iterated to become something different.

You can bet these features will eventually make their way to the United States after a successful rollout in France and Germany. “If Facebook has learned anything from Lasso’s failure, it’s that it needs to continue lifting features rather than launching a new app to gain traction when acquisitions fail.”

Perhaps that’s a good thing though, considering that iOS 14 has revealed just how often TikTok is snooping on its users.

A new notification reveals TikTok snoops on users’ clipboards every few keystrokes. That means the app may be privy to user passwords and other sensitive content. So far, TikTok has not commented on the news.

The United States government is currently investigating TikTok over allegations of censorship. The app is banned on U.S. government devices in the Army, Navy, and Marines. TikTok’s overnight popularity has drawn plenty of criticism, despite its insistence that it isn’t beholden to the Chinese government.