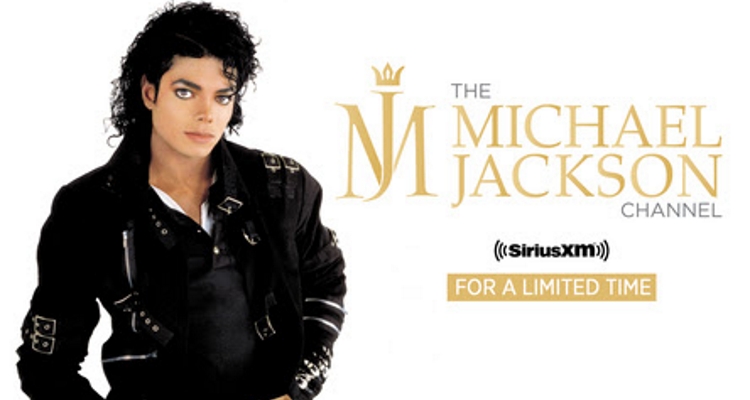 SiriusXM is launching a Michael Jackson channel in partnership with the late pop singer’s Estate.

The new Michael Jackson channel goes live today, along with a few other artist channels. Beastie Boys, Bob Marley, and Coldplay channels will all feature their music and guest DJs. Jackson’s channel will feature his albums and live performances, including a 1988 London concert.

Around-the-clock Michael Jackson-focused programming started at noon EST. It joins already established artist-focused channels for artists like Frank Sinatra, Bruce Springsteen, and The Beatles. The channel will also feature playlists created by those close to Jackson, including his brothers.

Music that Michael Jackson cited as an influence on his own style will also be highlighted on the channel. That includes artists like James Brown, Sly & the Family Stone, and more. Artists influenced by Jackson outnumber those who influenced him. Usher, Justin Timberlake, and Beyoncé are just a few artists who will appear.

Journalist and author Steven Ivory will provide the voice of the channel. Ivory will relate stories, introduce discussion, and chronicle the life and career of Jackson.

“Michael’s music has always rallied the world to acknowledge historical anguish in songs and videos such as ‘They Don’t Really Care About Us’ and ‘Black or White,'” Ivory says in a statement. “At the same time, he aspired to unify and lead the world with inspiring anthems like ‘Heal the World’ and ‘Earth Song’ which addressed issues that were important to him, such as the care of our planet.”

The Michael Jackson channel is only available for the next 30 days on the SiriusXM channel. It will last from July 15th to July 21st.

This is the first major promotion of the artist after HBO’s Leaving Neverland documentary came out. The vicious fallout from the allegations made in that documentary caused radio stations to pull Jackson’s music.

Some artists like Weird Al even committed to stopping the performance of songs parodying Jackson’s hits, like “Eat It.”  It looks like SiriusXM is taking a completely different tact, however, and essentially white-washing decades of sordid allegations of pedophilia and abuse. That decision likely kept the Jackson Estate at the table and paved the way for the station.

Enjoy them while they last, I suppose.