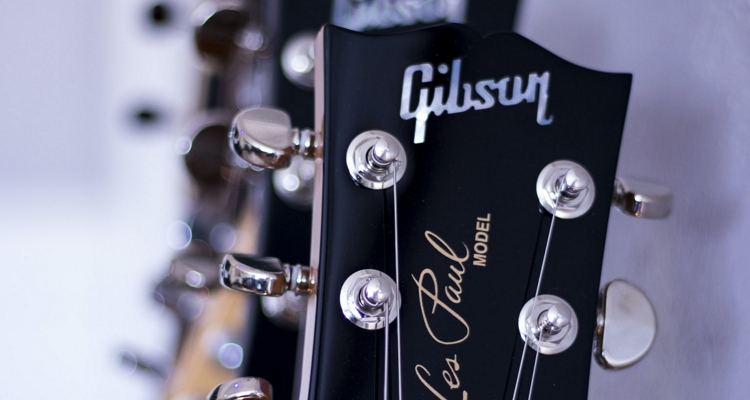 Guitar maker Gibson is seeking the public’s help in locating a lost shipping ledger – with a $59,000 reward.

The missing Gibson ledger is shipping paperwork on rare Gibson guitars from the late 1950s. The ledger contains authenticity-verifying information on some iconic guitars. Gibson says it is offering a $59,000 reward for the ledger’s return – no questions asked.

Among the instruments listed in the missing ledger are 1959 and 1960 Les Paul guitars. The ledger also contains information about its Flying Vs, Explorers, Early SGs, and the iconic 1959 Les Pauls. Gibson is also hoping the missing ledgers may have information on lesser-known Gibson models and prototypes. It would help distinguish authentic ’59 Les Pauls from the many fakes that appear for sale online.

The 1959 Les Paul has become one of the most iconic electric guitars in rock n’ roll. Jimmy Page of Led Zeppelin used the model on most of Led Zeppelin’s albums. Gibson only made 643 copies of the 1959 Les Paul, making them quite the rare acquisition. An authentic 1959 Gibson Les Paul guitar can sell for as much as $500,000. Gibson believes the missing ledger was misplaced when the company relocated from Michigan to Nashville in the 1980s.

“The importance for the collector community of being able to establish the provenance of the instruments and authenticity, I think it’s going to be quite revolutionary,” Gibson’s Chief Marketing Officer Cesar Gueikian says.

The missing Gibson ledger may even contain information about the mythical Gibson Moderne prototype. The company prototyped the guitar as early as 1957 but didn’t put it into production until 1982. Only patent drawings of the ’57 Moderne exist at this point.

The five-figure award is available to anyone who turns over the missing Gibson ledger.

“I hope we can recover these ledgers as they contain important information about the pinnacle of our Golden Era,” Gueikian says. “While they’re dusty old books to anyone else, these [Gibson] ledgers are part of our history, DNA, and iconic past.”

Gibson has struggled in recent years to attract young audiences to its suite of electric guitars. The manufacturer filed for bankruptcy in 2018 and sold off some of its investments, including Philips. CEO James Curleigh took the company’s reigns and said it would “stay true to its historic roots.”

Anyone who thinks they may have relevant documents can email Gibson with a written description and photographs. A Gibson Historical Committee will review the submissions and contact the owners within 15 days. Hopefully, Gibson has some luck finding their piece of the past.