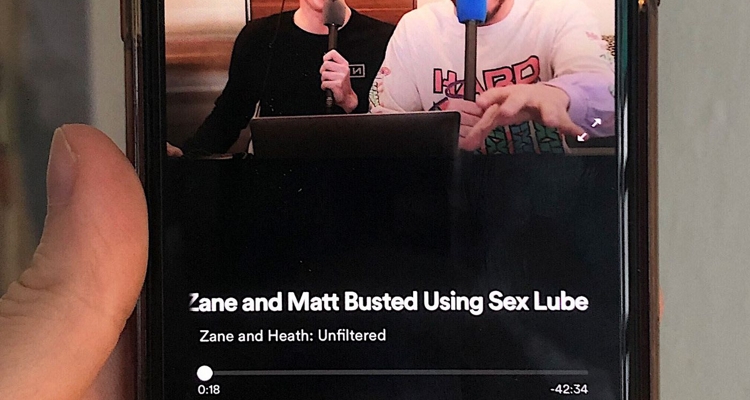 Spotify announced the new feature today, saying all users can watch and listen where podcasts are available. It’s available on both the Spotify desktop and mobile apps. According to details shared with Digital Music News, only approved podcasts can post their video feed to Spotify — so most podcasters won’t have access to the feature just yet.

Spotify video podcasts will start automatically when the user presses play. The videos will sync with the audio feed, so the audio can continue in the background even if the app is exited. Spotify has indicated that support the new feature at launch will include:

Joe Rogan also does a video podcast alongside his traditional audio feed. Accordingly, ‘The Joe Rogan Experience’ video feed will also make its debut on Spotify with accompanying video podcasts. Rogan has grown quite an audience for his podcast on YouTube, which will move over to Spotify.

By serving up video podcasts and audio shows, Spotify elevates itself to compete with YouTube.

That’s not to say that video podcasts will disappear from YouTube altogether. The platform continues to be a viable way to reach new audiences, thanks to YouTube’s algorithm. Google’s inserted ads continue to provide a revenue stream – but Spotify may soon usurp YouTube’s position.

Spotify is working on custom technology to allow podcast ads to be embedded into its native shows. You can bet this ad strategy will be expanded to include video ads once the expansion gets rolling. Video ads tend to perform better than audio-only ads, which is another reason to expand into the market.

People listen to music and podcasts in vastly different ways. While most people are okay with a playlist containing a mix of artists, mixes of music and talk feel awkward. Now, as curated playlists become more critical than ever to Spotify’s podcasting strategy, some important takeaways on consumer behavior will emerge. Let’s see what Spotify finds out: $500 million in podcasting acquisitions needs to start paying off soon. The only question is when?