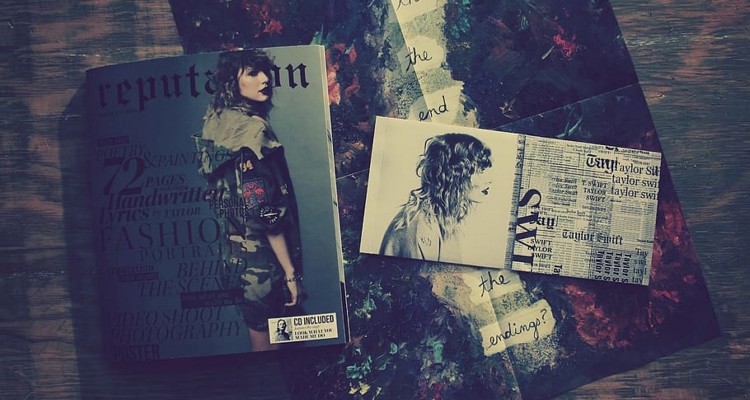 Taylor Swift took to Instagram to announce her latest album is dropping soon – in a matter of hours, in fact.

The Grammy winner made the announcement via social media. “Most of the things I had planned this summer didn’t end up happening. But there is something I hadn’t planned on that DID happen. And that thing is my 8th studio album, folklore,” Swift wrote on Instagram. “Surprise, tonight at midnight, I’ll be releasing my entire brand new album of songs I’ve poured all of my whims, dreams, fears, and musings into.”

Swift says most of the folklore album was created in isolation, but she did collaborate with a few musicians. Collaborations on the new album include Aaron Dessner, Bon Iver, and Jack Antonoff.

“Before this year, I probably would’ve overthought when to release this music at the ‘perfect’ time, but the times we’re living in keep reminding me that nothing is guaranteed,” the singer continues. “My gut is telling me that if you make something you love, you should just put it out into the world. That’s the side of uncertainty I can get on board with. Love you guys so much.”

The new Taylor Swift album will have 16 songs on the standard edition.

The physical deluxe editions of the album will include a bonus track called “the lakes.” When it debuts, folklore will be Taylor Swift’s eighth studio album. As part of her current deal with Universal Music Group, Swift owns the masters on all of her releases.

There are eight deluxe CD editions and eight deluxe vinyl editions that are available for one week. Each of the deluxe edition albums has a unique cover, photos, and artwork included – only available at her official site.

Songs that are confirmed to be included in folklore include, “The 1,” “My Tears Ricochet,” “August,” and “Peace.” To accompany the new album release, Taylor Swift will also be dropping a new music video for the song, “cardigan.” Swift wrote and directed the video herself.

“The entire shoot was overseen by a medical inspector, everyone wore masks, and stayed away from each other. I even did my own hair, makeup, and styling,” she said of the video on social media. Swift says every precaution was taken to make sure participants in the video remained socially distanced.

The surprise album drop is definitely a better path than the one Kanye is on right now. Swift’s latest album dropping tonight as a surprise rings much more sincere than a fake presidential run.