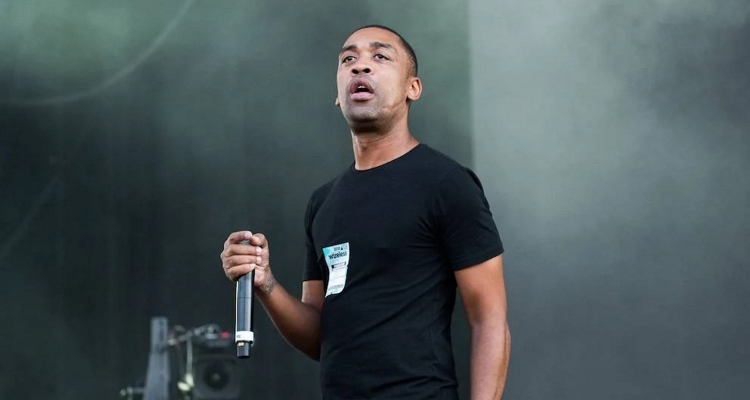 Rapper Wiley has been dropped by his distributor and management team after issuing anti-Semitic rants on social media.

Wiley sent out a series of tweets that made disparaging comments against Jewish people. He also roped Drake into his anti-Semitic ranting because the Candian rapper identifies as half-Jewish.

“Following Wiley’s anti-semitic tweets today, we at A-List Management have cut all ties with him,” his former manager John Woolf said in a statement. “There is no place in society for antisemitism.”

The grime rapper’s tweets remained up for the better part of 12 hours before he was suspended. “Red Necks are the KKK, and Jewish people are the Law, work that out,” the rapper tweeted. “If you work for a company owned by two Jewish men and you challenge the Jewish community in any way, of course, you will get fired,” he continued. “Jewish community ya too touchy anyway Israel is not yours hold that.”

Wiley is known as the Godfather of Grime and received an MBE in 2018.

Twitter users are now staging a boycott of the platform because of how long his tweets stayed up. The hashtag #NoSafeSpaceForJewHate is trending on Twitter because of the issue. Wiley’s accounts on Facebook and Instagram have since been deleted because of the rants.

U.K. Home Secretary Priti Patel wrote to Twitter, demanding answers for why the tweets took so long to be removed. Twitter took action and banned Wiley for seven days after his posts on Friday and Saturday. But many say it doesn’t go far enough.

The situation with Wiley comes just days after Nick Cannon’s anti-semitic rants cost him dearly. ViacomCBS cut ties with Cannon after he made bigoted comments during a podcast last year that resurfaced.

“ViacomCBS condemns bigotry of any kind, and we categorically denounce all forms of antisemitism,” the organization said. CBS then terminated their relationship with Nick Cannon over the comments.

Cannon appeared on a podcast with Richard Griffith, discussing racial bias. It was filmed last year, but aired two weeks ago.

“We have spoken with Nick Cannon about an episode of his podcast ‘Cannon’s Class’ on YouTube, which promoted hateful speech and spread anti-Semitic conspiracy theories,” ViacomCBS told reporters. During the podcast, Cannon and Griffin say that Black people are the true Hebrews and that the Jews usurped their identity.

In a lengthy post on Facebook, Nick Cannon said he welcomed being held accountable for his statement.

“I do not condone hate speech nor the spread of hateful rhetoric. The Black and Jewish communities have both faced enormous hatred, oppression, persecution, and prejudice for thousands of years and, in many ways, have and will continue to work together to overcome these obstacles,” Cannon wrote.

Others recently spreading anti-Semitism include Ice Cube, though the rapper faced zero repercussions for a hate-filled Twitter rant.  Twitter hid some of the entries but didn’t delete them, and Ice Cube doubled-down on the hateful rhetoric.