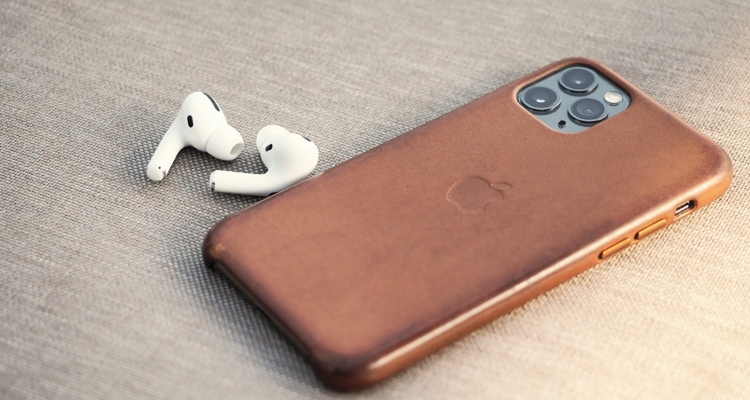 Bone conduction audio is a unique way to listen to music, without the need for an earpiece. Bone conduction devices transmit vibrations through contact points on a user’s head. The vibrations penetrate the skull down to the ear, where they’re translated into sound.

This type of listening experience is useful in environments where a user needs their ears to hear. They’re also helpful if a person has damage to their ear that may prevent traditional earbud use. Bone conduction audio also works underwater – something air-based transmission can’t do.

One downside to the technology is that higher frequency audio isn’t as clear. Bone conduction audio works best with sound under the 4,000 Hz level. Human hearing can hear between 20 Hz and 20,000 Hz, leaving out a significant frequency range. Higher frequency audio vibrations may cause the wearer discomfort due to the tickling nature of the vibrations.

Despite those limitations, AirPods bone conduction was spotted in a recent Apple patent.

The patent is titled “Multipath audio stimulation using audio compressors.” Apple says the issues highlighted above with bone conduction audio could be mitigated by combining it with standard air conduction. 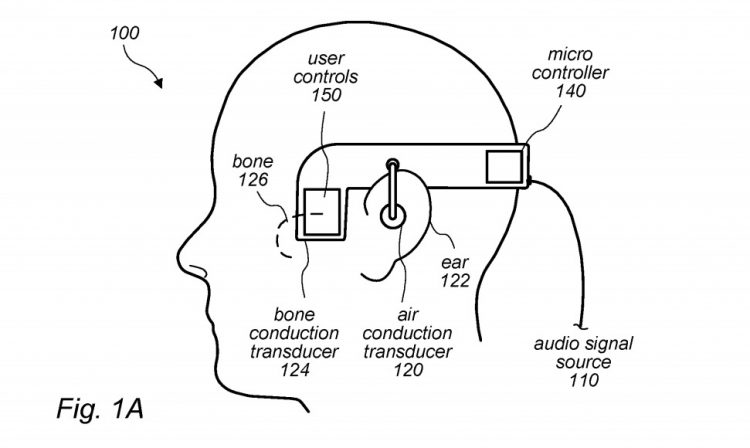 The patent contains an example wrap-around style earbud/wearable combination device. Audio signals from the device are filtered into three categories – low, mid, and high-frequency sounds. The various components are processed using compressors to reduce dynamic range and put together into a combined component again.

Apple says the design of this new system is constructed in such a way as not to block the ear canal. That means the user could still hear their surrounding environment while listening to music or other audio. The filing was first submitted to the US Patent and Trade Office (USPTO) two years ago in May 2018.

That means Apple has had two years to perfect the bone conduction system detailed in this patent.

There’s no guarantee that bone conduction audio will appear in the next-generation AirPods. But it is something Apple is experimenting with and has tested for years now. Patent filings from 2014 and 2015 reveal Apple worked on bone conduction earphones back then.

Apple is also rumored to be working on a set of AR mixed reality glasses, similar to Google Glass. Bone conduction audio would be handy for that application, so we may see it sooner than expected.