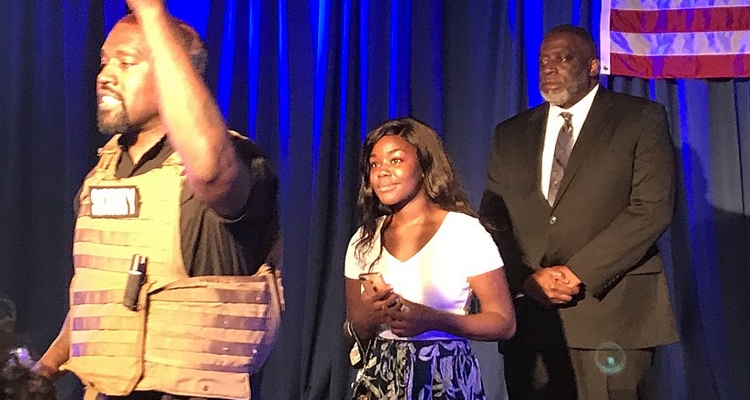 Kanye West has filed petitions to appear on the election ballot in five states. New Jersey is challenging it.

A former Democratic congressional candidate says the signatures are “egregiously” fraudulent. Scott Salmon says, “the odds that 30 people in a row from all over the state would have a little circle about the I’s is a little hard to believe.”

Independent candidates can win a spot on the election ballot in New Jersey by filing a petition. The petition requires at least 800 unique signatures to be valid. The Kanye West election campaign turned in around 1,300 names – around 600 were determined to be fraudulent.

“Mr. West’s petitions do not contain the valid signatures of 800 qualified voters and should have been rejected by the Division,” Salmon writes in his complaint. The state’s Division of Elections has not responded to Salmon’s complaint about the fraudulent signatures.

Kanye West continues to insist on Twitter that he is serious about his election campaign.

On July 25, he wrote he believes he can beat Joe Biden just getting write-in votes. Kim Kardashian West has publicly asked for empathy for her husband, who struggles with bipolar disorder.

At a bizarre rally in South Carolina, Kanye was photographed wearing a military vest. He delivered a speech that decried Harriet Tubman’s work on the Underground Railroad. He also mentioned abortion and made comments about his daughter that he says he no regrets sharing.

Also Read:  Is TikTok Shutting Down? U.S. Senators Stepping Up the Pressure

West’s campaign has missed filing deadlines in North Carolina, Nevada, Florida, Michigan, Delaware, Texas, New Mexico, and Indiana. That means 132 electoral votes will be unavailable to him. It’s unclear why West is even pursuing the campaign outside of it being an album promotion stunt.

West continues to tweet about his campaign using the #2020VISION hashtag on Twitter. His most recent tweet seems to address all the criticism he’s getting in the media. “There is a tactic of 4 D’s. Distract. Discredit. Dismiss. Destroy. I am quite alright. Take a second and think about what is being protected here,” he wrote today. Fans quickly responded by asking West if he is okay.

Reports from earlier in the week suggest Kim Kardashian West flew to Wyoming to speak with her husband. She was sighted flying home to Los Angeles alone.