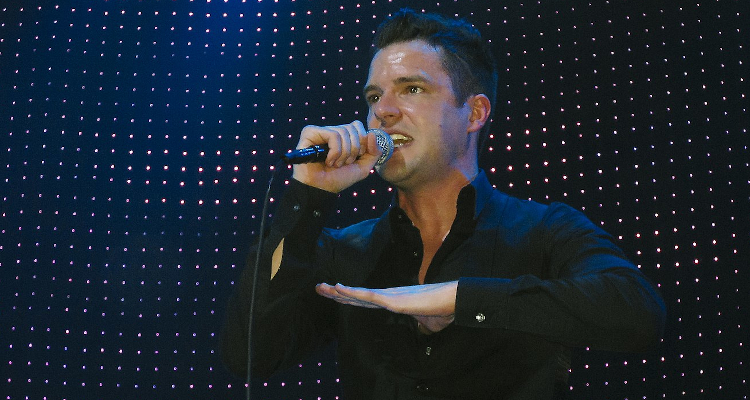 Following an internal investigation, The Killers have found “no corroboration” of the disturbing sexual assault allegations introduced last week by a former touring employee.

Reynolds & Associates, a law firm based out of The Killers’ native Las Vegas, Nevada, recently announced the internal probe’s findings in a comprehensive statement.

For additional background, an individual named “Chez Cherrie,” who was part of the group’s touring crew for about three weeks in April 2009, penned a blog post detailing the allegations – but not mentioning The Killers by name – in 2015. However, the piece wasn’t published until September 2018, and Cherrie only linked The Killers to the formerly anonymous claims last week, via a tweet. The sexual assault allegations themselves chiefly concern an episode that allegedly occurred at “The Eagles Ballroom at the Rave in Milwaukee,” which the four-piece act played on April 30th, 2009.

After describing the challenges associated with being “the ONLY female on the tour” and relaying some of the uncomfortable behaviors and happenings she allegedly witnessed – including the band’s allegedly paying staff “a $50 bonus” for every woman they convinced to come backstage – Cherrie elaborated upon the aforementioned alleged sexual assault. A front of house (FOH) engineer allegedly informed the other touring employees – including Cherrie – that there was “a girl set up in Dressing Room A.” Then, multiple persons allegedly had sexual relations with the “obviously blacked out” individual, before allegedly “swapping stories about this woman and their experiences with her.”

In refuting Cherrie’s statement, The Killers and Reynolds & Associates specified that they found “no corroboration” of the “entirely unfounded” sexual assault claims over the course of their investigation, which encompassed an array of interviews with those who were onsite for the 2009 Milwaukee performance. Furthermore, the analysis classified the FOH engineer who commented on (and granted backstage passes to) the woman in the dressing room as a “problematic workmate,” besides describing his words as a likely “attempt at a joke or a ‘hazing.’” (In 2013, The Killers fired the individual for his “unacceptable” behavior.)

Lastly, the legal team located and interviewed the alleged victim, who confirmed that she was backstage with a friend on the night of the 2009 Milwaukee gig, but denied being sexually assaulted. She and the same companion proceeded to receive and utilize backstage passes (once again from the FOH engineer) during The Killers’ Lollapalooza performance in August 2009. “Everyone interviewed” attributed the alleged $50 bonuses to “an in-joke based upon urban legends of tours from an earlier era…and not something any of them actually did, were ever asked to do, or ever attempted to do.”

The Killers will establish an “off-site independent HR contact” moving forward, so that touring crew members can freely and promptly voice any workplace concerns, per the legal team’s report. Cherrie said in a statement that she was “grateful” for the investigation into the matter. However, a more recent message suggests that she’s facing amplified scrutiny in the wake of the probe’s details becoming public.

“Reading replies by stans [extremely passionate fans] vs reading my DMs full of messages from other road crew, fans & survivors. Y’all can keep coming at me in my mentions all ya want, it literally just draws more attention to my experiences and if that helps another survivor, that’s a really good thing,” Cherrie wrote just moments ago.