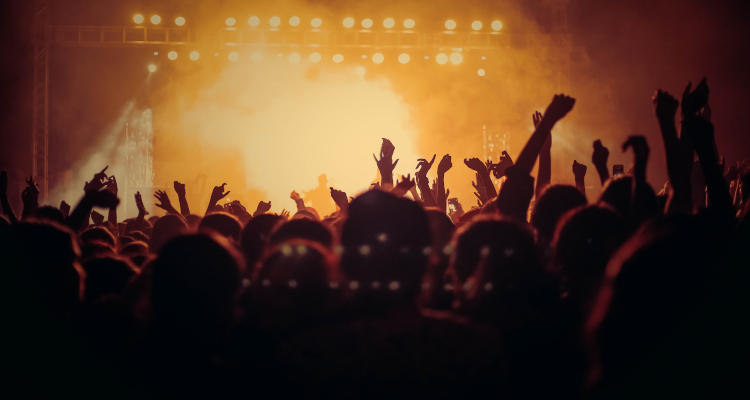 Last month, Digital Music News was first to report on the British government’s plans to resume indoor concerts in August, following multiple successful “pilot” gigs. Now, on the heels of a two-week-long delay, England is set to enter phase four of its reopening plan, which will give socially distanced indoor shows the green light to continue.

Culture Secretary Oliver Dowden announced on social media that indoor shows will return to Britain beginning tomorrow, August 15th, and government officials elaborated upon the changes. Bowling alleys, casinos, ice rinks, and other leisure and entertainment businesses are also preparing to welcome back customers as part of phase four; sporting arenas will begin conducting pilot programs of their own, with the programs’ results setting a timetable for the readmittance of audiences. Additionally, it bears mentioning that this stage-four lockdown rollback excludes both nightclubs and dance halls.

Moreover, the government has implemented seemingly strict guidelines ahead of leisure businesses’ and indoor live music venues’ reopening. First and foremost, officials have doubled the fine “to a maximum of £3,200 [about $4,187] for those who repeatedly flout face covering rules.” And in response to “raves” and other unlawful functions – including one illegal rave that raged on for 13 hours, drawing an estimated 3,000 thrill-seeking guests – London has instituted “on the spot fines for hosting or facilitating illegal gatherings of more than 30 people.”

In terms of indoor shows themselves, promoters should take an abundance of steps to curb COVID-19’s spread, per these specifications, including but not limited to capping total occupancy, arranging seating to maintain two-meter social distancing among audience members, cleaning seating areas, and, in venues that boast balconies/stages, even keeping “the front 2m of seats empty to mitigate risks of transmission.”

Organizers are also encouraged to limit touch points, and in a requirement that will involve effort on their end and from attendees, the government notes that “social interactions should be limited to a group of no more than two households (indoors and out)” – effectively nixing the possibility of close interactions within crowds. Given these and other social distancing stipulations, some are of the opinion that England’s return of indoor concerts is, in effect, one stop on a journey towards a full-scale reopening, as opposed to an immediate financial game changer for venues.

For instance, the Music Venue Trust (MVT), a non-profit representative of indie music venues in the UK, reached out to Digital Music News with a statement indicating “that the vast majority of grassroots music venues are not financially able, or even have the physical premises layout, to deliver these newly permitted events.”

Nevertheless, the organization is hopeful that the move will usher in a full-scale concert comeback. “We broadly welcome this progress towards the return of live music,” said the Music Venue Trust. “If gigs are going to return in stages, which is the government plan, then we have reached stage 4 of that plan and can begin to imagine that stage 5, real gigs at real venues, might be achievable in the foreseeable future.”