Is TikTok Getting Banned? — Here’s What We Know And What to Expect 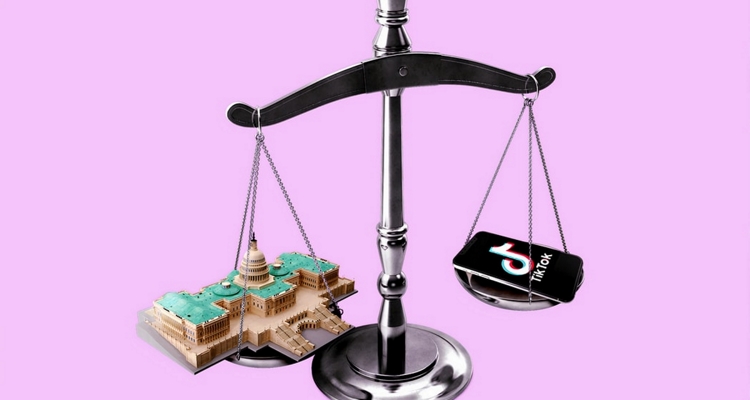 Is TikTok getting banned? The Trump administration deadline has passed, and TikTok is suing. Here’s the latest on what we know about TikTok’s fate.

Since our first publication of this article, we’ve added numerous updates relating to court decisions, responses from TikTok and ByteDance, and the upcoming early November deadline imposed by the Trump Administration. Please see them below.

November 22  –The Committee on Foreign Investment in the United States has issued a new deadline for a TikTok ban on November 27. Right now, it’s unclear what will happen in regards to an actual ban. The Trump administration has signaled it is no longer seeking to force a ban of the social media app. Biden’s administration has expressed some concern, but it does not seem to be a focus.

This situation seems to be wrapped and TikTok appears to be safe from a ban in the US.

On August 6th of this year, Donald Trump published two executive orders banning transactions within TikTok and WeChat. Both apps are owned by Chinese companies, ByteDance and Tencent, respectively. TikTok’s short-form video format is exploding in growth, while WeChat is used to communicate with mainland China.

The two orders declared that TikTok and WeChat would be blocked from US app stores on September 20th. The orders cited ‘national security concerns’ as the reason. Earlier, on August 14th, Trump clarified that TikTok was facing a total ban if it did not sell itself to a US company by November 14th.

The US government’s lawyers assert that TikTok acts as a ‘mouthpiece’ for the Chinese Communist Party. It says TikTok promotes the CCP’s agenda and messaging. TikTok denies all of these allegations and has released a transparency report to try and combat them, but TikTok has been caught doing shady things, like accessing Android user data and iOS users’ clipboards.

So is TikTok getting banned? Not right now, but it’s unclear what the future holds.

On September 27th, a federal judge blocked the Trump administration’s order to remove TikTok from app stores. The judge granted an injunction against the order, saying ByteDance could suffer irreparable harm if it went into effect. After that ruling, TikTok has pledged to “maintain our ongoing dialogue with the government to turn our proposal, which the President gave his preliminary approval to last weekend, into an agreement.”

TikTok can evade a ban in the United States by selling itself to a US company. Microsoft was rumored to be an interested buyer, but its bid was rejected by ByteDance over IP ownership disagreements. Trump approved a preliminary deal with Oracle and Walmart, with each taking minority stakes in the company, though it remains unclear if that deal will be consummated.

TikTok has over 100 million users in the United States, according to the latest data we’ve collected.

So TikTok isn’t getting banned just yet, but the Trump administration could appeal the injunction. The November 14th deadline is still technically intact for ByteDance to finalize a deal, and details on the Oracle/Walmart deal are still being ironed out.

November 13th – Yesterday, the US Commerce Department said it was enjoined from enforcing an order to ban TikTok transactions. The preliminary injunction against banning TikTok granted by a Pennsylvania judge will hold up for now.

The CFIUS previously set a deadline of November 12 for TikTok to divest and sell its US assets. However, that deadline has passed with no consequences. Now, CFIUS is issuing a new deadline of November 27 – after Thanksgiving in the US. It’s unclear whether this deadline means anything as long as the government is enjoined from enforcing the TikTok transaction ban.