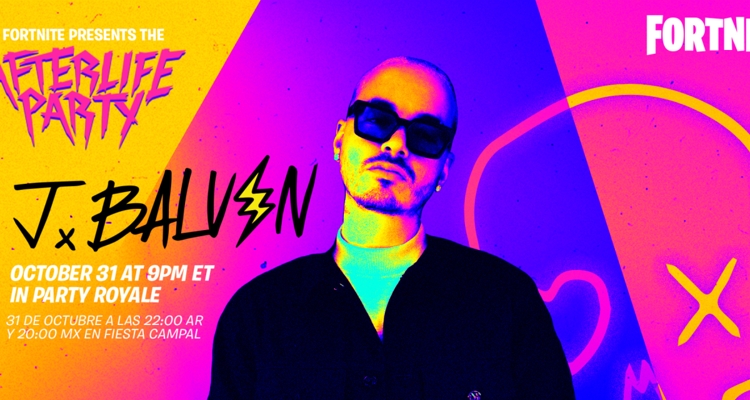 The special event returns this year with some new additions to the spooky atmosphere in the battle royale portion of Fortnite. In the past, the island was invaded by zombies with special new game modes. Epic is changing it up a bit this year with a new figure called ‘Shadow Midas.’

“Shadow Midas has taken over The Authority with his reawakened Henchmen. Stop him before you turn into a Shadow yourself. After being eliminated in solo, duos, or squads, return to battle as a Shadow for your shot at a Shadow Royale. Join fellow Shadows to defeat survivors by using your otherworldly abilities, like possessing the body of vehicles,” the official blog post reads.

Alongside the new in-game event, Epic Games is continuing its Party Royale island debuts. Artists like Anderson .Paak and Dominic Fike have performed on the virtual stage. Reggaeton star J Balvin will be taking the virtual stage on Halloween night for an unforgettable performance.

The show will take place on October 31st at 9 pm ET and will include the debut of a brand-new song. Epic says it will also introduce a new skin called the Party Trooper. Those who attend the in-game concert live will get a special J Balvin style option for the new skin.

Fortnite appears to be forging ahead with embracing the music world with its latest J Balvin concert – despite its removal from App Stores.

iPhone users can no longer participate in new events like this. Android users can, as long as they side-load Fortnite by avoiding the Google Play Store. For now, it appears Epic Games is hoping its cultural attractions are enough to keep gamers interested.

It’s estimated that Epic Games gave up on around 73 million users who installed the game on iOS. That’s a hefty portion of gamers who were likely enjoying the game – before it disappeared. Since then, Apple has forged a new partnership with a less-musically inclined rival battle royale game. PUBG Mobile was featured prominently in the App Store after Fortnite’s less than graceful exit.

Still not sure what happened to Fortnite and why it’s missing from iOS?

Check out the Digital Music News recap that delves into how the Apple vs. Epic Games legal battle is an extension of Apple’s fight with Spotify over the Apple Tax. The results of these lawsuits could set precedents for online ecosystems in the decades to come.