Meet the Americans Who Are Voting Kanye West for President 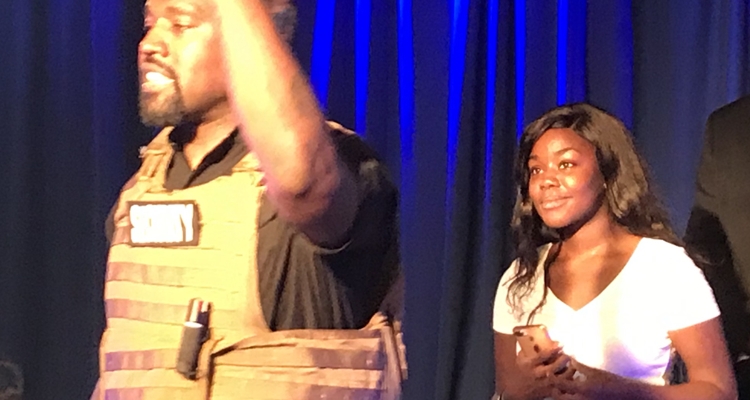 Kanye West has released his second presidential ad. It includes testimonials from Americans who are planning to vote for him.

The new ad features 12 voters who say Kanye is the answer. Kanye’s presidential run remains a long-shot independent campaign with little chance of succeeding, even if West manages to carry the 12 states where he’s on the ballot.

The ad itself is a mish-mash of people with different reasons for supporting the rapper. Mikael from Texas believes that Jesus is going to hand the election to the Kanye: “Mr. West will win the election with the help from God.” Another man, Vaughn in Ohio, says, “Kanye is a leader who will listen to the kids.”

What kids? Since when should kids be making decisions about what goes on in the executive branch? Last time I checked, you needed to be 18 to vote – which coincidentally is when you stop being a kid, legally.

Chukwuebuka from New York says, “Kanye’s ideas aren’t liberal or conservative but just, like, fact.” Emily from Illinois says she wants to support a faith-based campaign (I can’t even say anything snarky with that statement).

If the Kanye West presidential ad campaign is anything – it is faith-based.

Another man who identifies himself as Davey from Connecticut says Kanye West has “proven he can help people, care about family, create jobs.” Umm, what? Help people do what? Wear crazy-ass sneakers and listen to pseudo-hymnal rap? Christina from Illinois and Seth from Pennsylvania also confirm they’re planning on casting a vote for Kanye West. While the overall tone of the ad is positive (of course) – the reception on Twitter was bitter.

One fan dug up a Kanye tweet from 2018 back when he met with Donald Trump. “My eyes are now wide open and now realize I’ve been used to spread messages I don’t believe in. I am distancing myself from politics and completely focusing on being creative!!!” the tweet reads.

Since then, Jesus Is King debuted in 2019, and we’re still waiting for West to get around to releasing Donda. Even this Kanye West presidential campaign feels a little like a publicity tour before a big album drop. Expect more Kanye shenanigans in the days leading up to the election on November 3rd.