Twitch Streamers Are Having Fun With the ‘No Recorded Music’ Policy 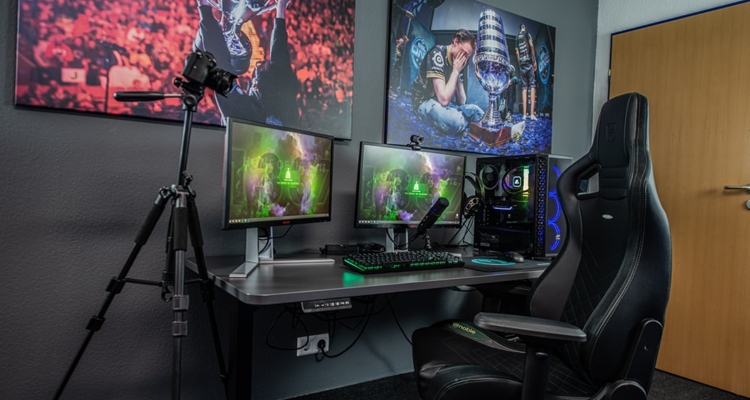 Twitch recently told its streamers it now has a ‘no recorded music’ policy. Streamers are protesting.

The issue arises since many songs in video games are licensed but not for streaming. That means Twitch’s automated copyright takedown system often flags video games. Some players say small sound effects like the chime of a grandfather clock or a gust of wind are enough to trigger DMCA complaints. So how can game streaming survive when even sound effects trigger the system?

Twitch streamers have fully embraced the ‘no recorded audio’ policy by providing their own sound effects.

Streamers are turning off all in-game audio and providing content with their own mouth. Others are streaming in dead silence, highlighting just how integral sound can be to the experience. It’s funny to watch these streamers, but it highlights how poorly Twitch is dealing with the issue. Some streamers are even playing songs on Rocksmith in total silence, so all you get is the sound of their guitar strumming. People are still watching, but how long will total silence be entertaining?

Twitch has addressed the controversy, but its statement doesn’t appeal to revoke the ‘no recorded audio’ policy.

“Your frustration and confusion with recent music-related copyright issues are completely justified,” the statement begins. “Things can–and should–be better for creators than they have been recently. We should have developed more sophisticated and user-friendly tools long ago. To all the creators who lost their community’s best moments, we’re sorry. This shouldn’t have happened.”

That’s a pretty complete non-apology for an issue Twitch could fix. It’s kind of like if Universal just shrugged its shoulders after the Universal Masters Fire and said sorry, we lost your masters, oops. Twitch has yet to provide any solutions to the issues.

The platform could sign licensing deals with all major labels to avoid these issues.

It’s what YouTube, Facebook Live, TikTok, and a million other streaming services have done. Instead, Twitch is trying to blaze its own trail by offering a catalog of free-to-use licensed indie music. How is a game streaming platform supposed to survive if in-game sound effects trigger DMCA takedowns?