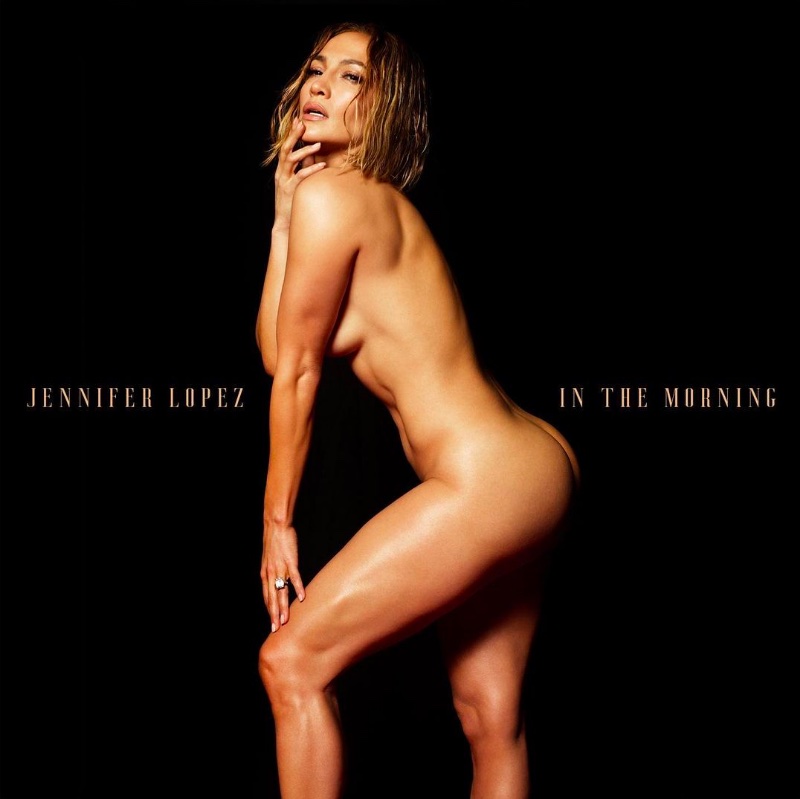 Jennifer Lopez’s just-released cover artwork for the single, ‘In the Morning’

Here’s one way to spark interest ahead of a release — Jennifer Lopez has gone the nude route for the album artwork on her latest release, ‘In the Morning’.

In terms of attention-grabbing marketing plans, this one is tough to beat. The unexpectedly bare artwork has already drawn millions of views, which is exactly the point. “Surprise! Here’s the official cover art for #InTheMorning,” Jennifer Lopez posted on her Instagram account late Wednesday. “Single drops Friday.”

Already, the ‘break the internet’ style post has drawn nearly 4.5 million views, 70,000 comments, and counting — though both figures are likely to multiply over the coming days. JLo’s Instagram account has a sizable 133 million followers.

Alongside the artwork drop, Jennifer Lopez also uploaded a video clip featuring the photo session that produced the nude pic.

So how’s the track? Surprisingly, Jennifer Lopez posted the high-wattage album artwork before the song appeared on Spotify.

Ironically, that could draw more streams for another track called ‘In the Morning’ by Kaskade and ZHU. Currently, Spotify is featuring JLo’s other recent release on the singer’s artist page, ‘Pa Ti + Lonely,’ a collaboration with Maluma. Lopez indicated that ‘In the Morning’ will be released on Friday, a post-Thanksgiving setup.

For Jennifer Lopez, the nude cover is hardly shocking. The consummate performer has paired revealing poses with musical releases since her debut album in 1999, On the 6 (Epic/Sony Music Entertainment). Since that point, JLo has consistently grabbed the spotlight, with a high-profile Super Bowl Halftime appearance in February of this year. In that performance, Jennifer Lopez bared a highly-revealing ‘dress’ alongside Shakira, with both pushing the limits for the relatively conservative NFL. In the wake of that performance, both performers were heavily accused of lip-syncing.

And in late 2018, Jennifer Lopez posed half-nude for InStyle. The singer was draped only in a Valentino Haute Couture ‘dress’.

Incidentally, Lopez is now technically an independent artist. In mid-2019, the multi-hyphenate entertainer finished her contract with Sony Music Entertainment and entered into a deal with Hitco. The indie label, helmed by seasoned major label veteran L.A. Reid, continued to capitalize on Lopez’s extreme celebrity and brand.  The model/singer released six albums under Epic between 1999 and 2007.

After a stint with Universal Music Group division Def Jam Records, Lopez returned to Sony in 2016, signing a long-term singles contract. Lopez actually worked with Reid at both label groups, which likely planted the seeds for the Hitco partnership.