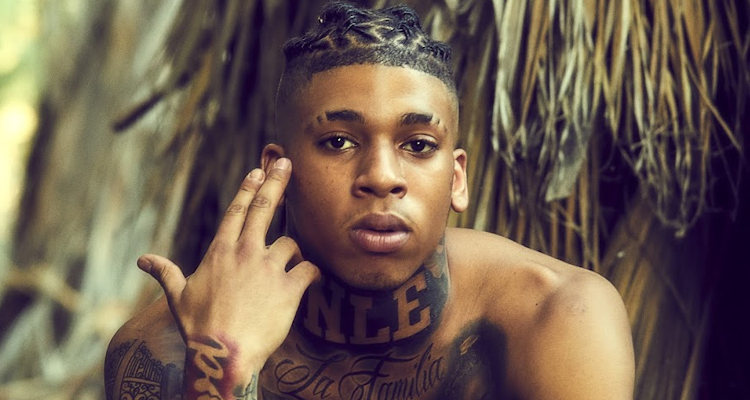 YouTube has removed the music video for NLE Choppa’s “Paradise” because the track contains a “fake-ass coronavirus” lyric in violation of the Google-owned platform’s “COVID-19 Medical Misinformation Policy.”

NLE Choppa, full name Bryson Lashun Potts, recently announced that YouTube had pulled the official video for “Paradise,” the final track on his newest mixtape, From Dark to Light. Predictably, however, the roughly three-minute-long music video has resurfaced on other channels, including in several reaction clips.

“Folks straight deleted me because they know the message I’m speaking is powerful. This is some BS,” wrote the 18-year-old rapper, whose tweet featured a screenshot of YouTube’s removal request.

In a different post, the Memphis, Tennessee-born creator and internet personality — who’s also advocated alternative medicines and claimed that COVID-19 vaccines “will remove parts of your DNA and replace it with GENETIC CODING (TECHNOLOGY)” this month — appeared to suggest that YouTube is targeting his content on a broader scale.

“I’ve been undergoing the most blackballing s—t ever. Every time I drop my songs,” penned NLE Choppa, “YouTube either crashes, I get a spam

, a dislike that blocks it from trending, and today, I drop the “PARADISE” video, and they straight deleted my s—t. They hate a smart melanin king and it’s been showing ALOT.”

Worth noting is that the “Paradise” lyrics at the center of the YouTube takedown and the controversy represent a small portion of the track.

The vocals in question arrive at about the 2:50 mark of the work: “Ain’t wearin’ no mask, n—a, f—k the pilot / Fake-ass coronavirus / Cops killin’, startin’ riots / Perception is what you decide.”

YouTube’s COVID-19 Medical Misinformation Policy, for its part, bars creators from claiming in their videos “that COVID-19 doesn’t exist or that people do not die from it.” The “fake-ass coronavirus” lyric in “Paradise” was evidently enough to violate the guideline, but it’s unclear whether NLE Choppa’s off-platform comments contributed to the ultra-fast takedown, or why the audio version remains live.

“Paradise” is still available for streaming on Spotify – as are the anti-Semitic works of rapper Freeze Corleone, even though he was dropped by Universal Music Group and criticized by multiple French politicians for the music.