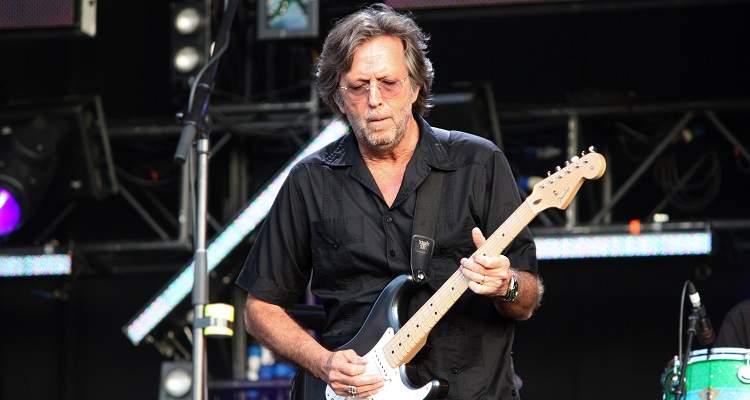 Eric Clapton and Van Morrison unveiled their anti-lockdown song collaboration – entitled “Stand and Deliver” – today, in a formal statement that was shared with Digital Music News. Penned by the Northern Ireland native Morrison and performed by the three-time Rock and Roll Hall of Fame inductee Clapton, the blues track is slated to debut next Friday, December 4th. (An 18-second preview is currently available, however.)

As mentioned, the song’s profits are set to reach Van Morrison’s Lockdown Financial Hardship Fund, which began providing eligible full-time musicians with roughly $665 (£500) payments towards November’s start. The “Brown Eyed Girl” artist supported the relief effort with a trio of anti-lockdown works – “Born to Be Free,” “As I Walked Out,” and “No More Lockdown” – and the Fund became oversubscribed just five days after rolling out.

The Lockdown Financial Hardship Fund will initiate a second round of aid – overseen and distributed once again by the Van Morrison Official Rhythm and Blues Foundation, a registered charity – early in the new year. Unemployed or self-employed musicians who earn 50 percent or more of their living from live music, are over the age of 16, and reside in the UK or Ireland, are encouraged to apply for payments (once the second phase commences) here.

Addressing his protest-track collaboration with Van Morrison in a statement, the 18-time Grammy winner Eric Clapton said: “It is deeply upsetting to see how few gigs are going ahead because of the lockdown restrictions. There are many of us who support Van and his endeavors to save live music; he is an inspiration!

“We must stand up and be counted because we need to find a way out of this mess. The alternative is not worth thinking about. Live music might never recover.”

And in a statement of his own, Van Morrison welcomed Clapton’s support and took aim at the current UK government assistance for musicians who are unable to perform due to lockdown restrictions and large-gathering bans.

“Eric’s recording is fantastic and will clearly resonate with the many who share our frustrations,” said the 75-year-old former Them frontman. “It is heartbreaking to see so many talented musicians lack any meaningful support from the government, but we want to reassure them that we are working hard every day to lobby for the return of live music, and to save our industry.”

Earlier this month, Guns N’ Roses announced a 2021 tour in Australia and New Zealand, which are once again allowing crowd-based events – and are just days away from the start of summer. Separately, the RIAA, the NMPA, and others called on Congress this week to pass legislation benefitting members of the live music space.