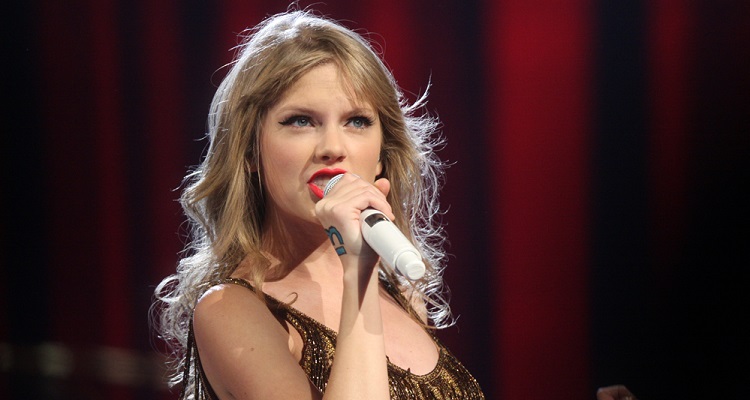 About ten days back, Taylor Swift revealed that she’d skipped the AMAs (despite taking home “Artist of the Year” honors for the third year running) because she was re-recording her old albums. Now, the 30-year-old has officially licensed the first of these re-recorded tracks.

Soon after her ugly, much-publicized battle with Scooter Braun started making headlines – Braun’s Ithaca Holdings had dropped $300 million on Big Machine Label Group and, in turn, the masters from Taylor Swift’s first six studio albums – Swift expressed a clear-cut desire to re-record her works. However, the Pennsylvania native relayed that she’d only be contractually able to begin re-recording her pre-Republic/UMG efforts in November of this year.

On cue, the “Cardigan” singer-songwriter dived into the process last month. (Braun, for his part, sold the catalog to Shamrock Holdings after just 16 months of ownership, in a deal that was reportedly worth more than $300 million.) And while Taylor Swift has emphasized that the undertaking isn’t yet finished, she’s already licensed “Love Story” in a Match.com commercial crafted by Deadpool actor Ryan Reynolds and his Maximum Effort marketing company.

“Okay so while my new re-records are NOT done, my friend @VancityReynolds asked me if he could use a snippet of one for a LOLsome commercial he wrote so…here’s a sneak peak of Love Story! Working hard to get the music to you soon!!” Taylor Swift tweeted.

The third song on her second studio album, 2008’s Fearless, “Love Story” kicks in at about the 40-second mark of the Match.com ad spot – a single component of an apparently comprehensive marketing campaign. Swift’s newly recorded track then plays throughout the remainder of the humorous commercial, which explores a “match made in hell” between the devil and a woman named “2020.”

As an interesting aside, one eagle-eyed fan suggested that a scooter, appearing on the ground next to a dumpster at 1:13 of the video, in a sequence involving a literal dumpster fire, is a reference to the Braun-Swift showdown – though it’s unclear if that is in fact the case.

The scooter theory doesn’t seem outside the realm of possibility, given the friendship between Swift and Reynolds. The point ties into what is perhaps the most noteworthy takeaway from the placement: Reynolds approached Swift directly, asked to use her re-recorded version of the 12-year-old work, and waited until it was finished, effectively cutting out Shamrock.

With Swift’s extensive collection of industry contacts and dedicated “Swifties” fanbase, it’ll be worth closely following the response from Shamrock moving forward. But it also bears reiterating that the Roy E. Disney-founded company has more than four decades of market experience to its credit – including several past deals in the music industry.