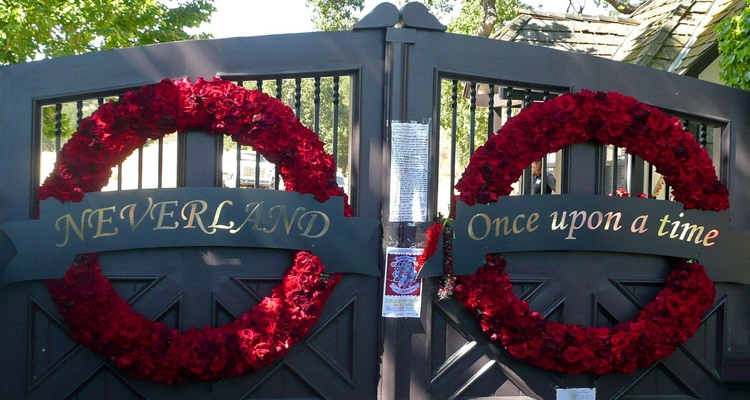 Michael Jackson’s Neverland Ranch has sold for $22 million, a dramatic discount off the original $100 million listing.

Billionaire Ronald W. Burkle, the co-founder of the investment firm Yucaipa Companies, is the reported buyer. A spokesperson for Mr. Burkle confirmed that the billionaire sees the purchase as a land-banking opportunity. Burkle is the co-owner of the Pittsburgh Penguins hockey franchise, among other investments.

Michael Jackson bought the 2,700-acre property situated near Los Olivos, California, in 1988. Jackson paid around $17 million for the property, which he called Neverland Ranch in honor of Peter Pan — the boy who never grew up.

The property was transformed into an entertainment complex, with a petting zoo, rides, and a 50-seat theater at the cost of $35 million. In addition to the amusement park, the property also features a 13,000 square-foot main house and several outbuildings.

Neverland Ranch was nearly foreclosed in 2008 when Jackson defaulted on the $24.5 million owed. A Los Angeles real estate investment company entered into a joint venture with Michael Jackson to save the property. Before his death in 2009, Jackson faced allegations of child molestation in a highly public 2005 trial. That followed an earlier high-profile accusation involving the pop superstar, and Jackson never returned to Neverland Ranch to live after the latest allegations.

More recently, a documentary featuring two of Jackson’s accusers aired at the Sundance Film Festival in 2019. Months after the documentary aired on HBO, the Jackson estate sued HBO. The estate alleged that HBO violated a decades-old contract stipulating that it would not make disparaging remarks about Michael Jackson. HBO lost an appeal of a court ruling that granted the Jackson estate motion to move the dispute to arbitration.

Neverland Ranch first appeared on the market in 2015.

Speculation arose that the house may be used as a memorial for Jackson, similar to Elvis’ Graceland. But soon, the amusement park area of Neverland Ranch was dismantled. The investment firm that owned the ranch renamed it as ‘Sycamore Valley Ranch‘ before putting it up for sale in 2016 for a whopping $100 million.

Just a year later, in 2017, the asking price dropped to $67 million. Now in 2020, Burkle has purchased Neverland Ranch for just $5 million above what Jackson originally paid for it in 1988. The sale of Neverland Ranch closes the Jackson era of the property.

It’s unclear what Burkle’s plans are with the new property. The controversial history of the property resulted in a rebranding and a fire-sale of the nearly 13,000-acre estate. Even with most of the weird amusement park attractions removed, a stigma hangs over the property.