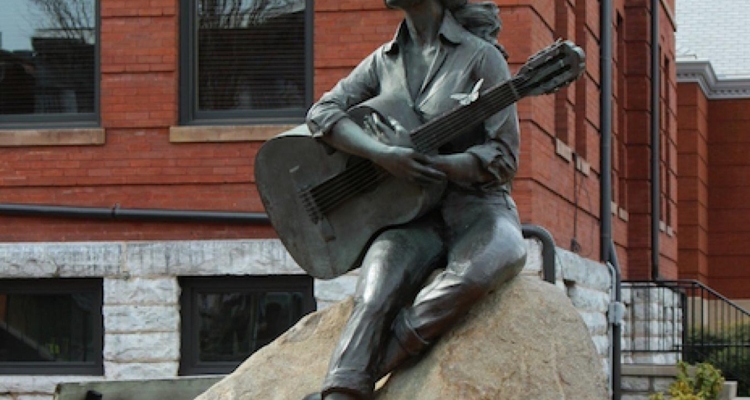 A Tennessee State Representative wants to bring a Dolly Parton statue to the state capitol.

A new bill introduced in the Tennessee House would allow the statue to be installed. The text of the bill reads:

“The state capitol commission, at regularly scheduled meetings, shall develop and implement a plan for the commissioning of a statue of Dolly Parton, to recognize her for all that she has contributed to this state.”

“The commission shall solicit input from the public and other interested parties for purposes of developing the plan, including proposed design concepts for the state.”

The bill says the Dolly Parton statue would be paid for with general funds financed by gifts.

“Dolly Parton is a kind, decent, and compassionate role model for us all. She speaks to us through her songs and through her actions, and she is the best example of what a leader should be today,” says Tennessee State Representative John Windle, who introduced the bill.

“This will be funded by private funds, and certainly I won’t name who they are, but several people are from music row, and we all know that their names – they have all offered to write a check and pay for it tomorrow,” Windle adds.

“Her work made it possible to expedite the science behind the testing,” Dr. Naji Abumrad says. “Without a doubt in my mind, her funding made the research toward the vaccine go ten times faster than it would be without it.”

When speaking about the donation, Dolly Parton says she was eager to help.

“I’m just happy that anything I do can help somebody else, and when I donated the money to the COVID fund, I just wanted it to do good,” Parton told NBC’s ‘Today’ show. “Evidently, it is. Let’s just hope we find a cure real soon,” the singer added.

Parton made the donation on April 1, making it in honor of Dr. Abumrad, her longtime friend. “Honestly, I never had to ask for her support for the research,” Abumrad says. He says Dolly is the kindest, most philanthropic human being he knows. “She’s the one who suggested it.” Helping with the COVID-19 vaccine is just one small reason why this bill is being considered.