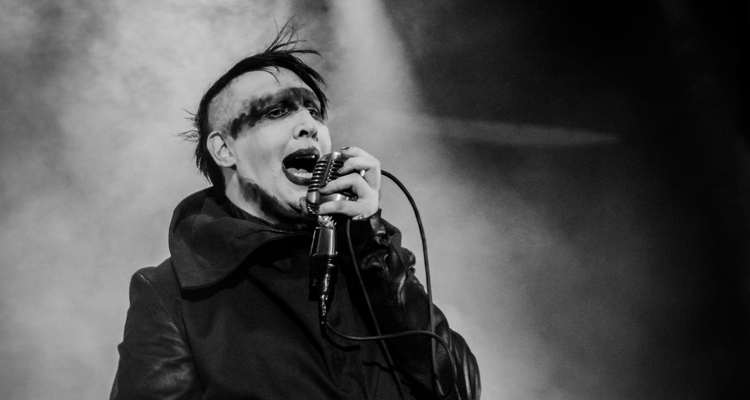 Actress Evan Rachel Wood blew the lid off of the whole situation yesterday on Instagram. After her story, several other women came forward to discuss abuse they suffered at the hands of the singer. Wood says Manson, real name Brian Warner, groomed her from a young age.

In a statement provided to Digital Music News, Loma Vista Records confirmed the news. “In light of today’s disturbing allegations by Evan Rachel Wood and other women naming Marilyn Manson as their abuser, Loma Vista will cease to further promote his current album, effective immediately. Due to these concerning developments, we have also decided not to work with Marilyn Manson on any future projects,” the label says.

Now it appears as though Marilyn Manson is also losing two TV gigs in the fallout. The aging shock rocker appeared as the frontman of a Viking death metal band in American Gods. The Starz network has confirmed Manson will no longer appear in the series.

“Starz stands unequivocally with all victims and survivors of abuse. Due to the allegations made against Marilyn Manson, we have decided to remove his performance from the remaining episode he is in, scheduled to air later this season,” the network confirms.

Marilyn Manson was also dropped from the AMC streaming platform Shudder. He was slated to appear in the second season of Creepshow. Representatives from Shudder have confirmed that Manson will not appear, and his role will be recast.

While remaining silent most of yesterday, Marilyn Manson has spoken out to deny the allegations after his label dropped him.

He called the accusations a “horrible distortion of reality” in his Instagram post. This is the artists’ first public statement addressing the allegations since his label dropped him.

“Obviously, my art and my life have long been magnets for controversy, but these recent claims about me are horrible distortions of reality,” the rocker begins. “My intimate relationships have always been entirely consensual with like-minded partners. Regardless of how – and why – others are now choosing to misrepresent the past, that is the truth.”

At least six other women have come forward with abuse allegations against the singer. Manson did not address any of his accusers directly in his denial. He also did not discuss his label dropping him or being removed from these TV projects.