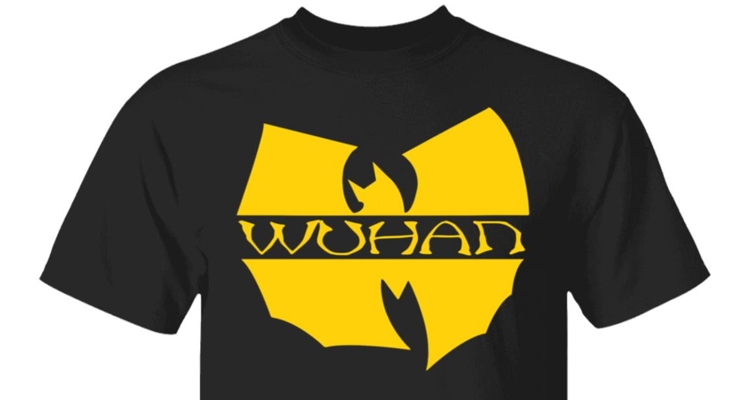 Canada has apologized to China for ‘Wu-Tang Wuhan’ t-shirts, which created a diplomatic stir.

Canada’s Foreign Ministry apologized for the apparel, saying it was not meant as a slight. However, China is less than thrilled with the shirts that strangely originated from the Ministry. They began circulating on the internet in China last month. It features the Wu-Tang Clan logo but emblazoned with the word ‘Wuhan.’ China contends this is a coronavirus-related insult.

Beijing lodged a formal complaint about an embassy staffer ordering the shirt. Canadian Foreign Ministry spokesperson Christelle Chartrand was forced to address the issue on Wednesday.

“The t-shirt logo designed by a member of the embassy shows a stylized W and is not intended to represent a bat. It was created for the team of embassy staff working on repatriation of Canadians from Wuhan in early 2020.”

“This was a personal initiative from an employee, and this was not endorsed by the embassy nor Global Affairs Canada,” Chartrand continues. Many Canadian citizens were evacuated from Wuhan province last February. But China insists that the shirt is insulting, and the story provided by the Canadians was ‘an alibi.’

“It is beyond our belief that senior diplomats who have been working and living in China for years could make such a stupid mistake inadvertently,” Wang Wenbin, China’s Foreign Ministry spokesperson, told AP reporters.

“Serious damages have been done by such wrong actions,” Wenbin adds. “The Chinese people also find this very repulsive and difficult to accept. The Canadian side should take it seriously and give us a clear explanation.” The Canadian Foreign Ministry told NBC News that it has nothing else to add after hearing China’s response.

The Wu-Tang Clan has yet to comment on their logo being used on these Wuhan shirts.

The rap group has chosen to remain silent about it, which is probably for the best. Some angry Chinese users are bombing the Canadian embassy’s account on Weibo, a Chinese social network like Facebook, in response. Bats are suspected to be an early vector for the coronavirus jumping to humans, though that is not confirmed.

The situation is just one of escalating diplomatic tensions between China, Canada, and the US. After Ottawa detained a top Huawei executive because of a U.S. warrant in 2018, things have turned south. China detained former Canadian diplomat Michael Kovrig in response – accusing him of being a spy.