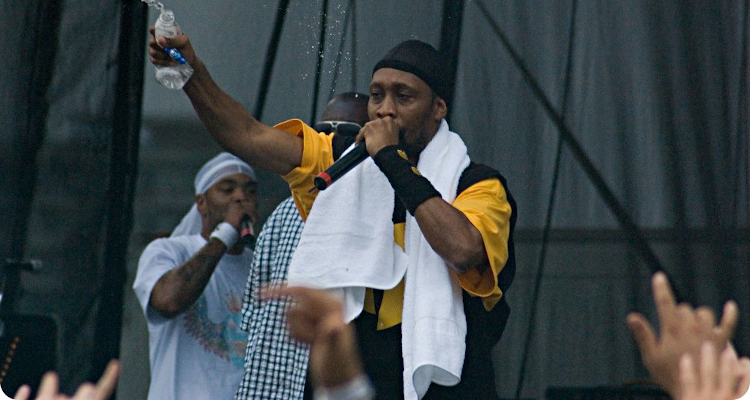 Song-investment fund Hipgnosis has acquired a 50 percent stake in the extensive catalog of the Wu-Tang Clan’s unofficial leader, RZA.

London-based Hipgnosis unveiled the high-profile acquisition this morning, in a general release. The 814-work agreement encompasses half of the all-time-great’s “worldwide copyrights, including publishing and writer share.” However, the announcement message didn’t disclose the (undoubtedly substantial) financial specifics of the purchase.

Aside from writing and producing the vast majority of the tracks on the Wu-Tang Clan’s eight studio albums, RZA, whose full name is Robert Fitzgerald Diggs, has co-written and produced songs for Miley Cyrus, Jay-Z, Blink-182 drummer Travis Barker, and Kanye West, to name just some. Additionally, the Kill Bill scorer has released three solo albums (as Bobby Digital) and collaborated with Wu-Tang Clan members (and other artists yet) on a variety of different projects.

Addressing his deal with Hipgnosis in a statement, RZA said: “I wear various hats in my artistic expressions, but the one that has been so deeply reflective of my life’s journey is my songwriting. I’m honored to partner up with Merck [Mercuriadis] and the Hipgnosis team to usher my songs into an exciting future.”

It’s been a decidedly busy month (and year) for Hipgnosis, which former Pet Shop Boys and Jane’s Addiction manager Merck Mercuriadis founded in 2018. Three weeks back, DMN was first to report that the publicly traded entity had purchased the whole catalog of 15-time Grammy nominee Barry Manilow.

Hipgnosis’s stock, bought and sold as SONG on the London Stock Exchange (LSE), largely held steady during today’s trading hours, with shares worth 120 GBX apiece when the market closed. More broadly, the stock has been relatively consistent since becoming available to investors, save for a 20 or so percent dip amid the COVID-19 pandemic’s initial economic downturn. SONG subsequently enjoyed a quick recovery.

On the funding front, we reported in April that the highly leveraged Hipgnosis had secured a $189 million credit facility, besides refinancing an $82 million tranche. The humongous bet on music IP’s long-term earning potential raised nearly $800 million in 2019, and the capital was promptly used to purchase additional catalogs.