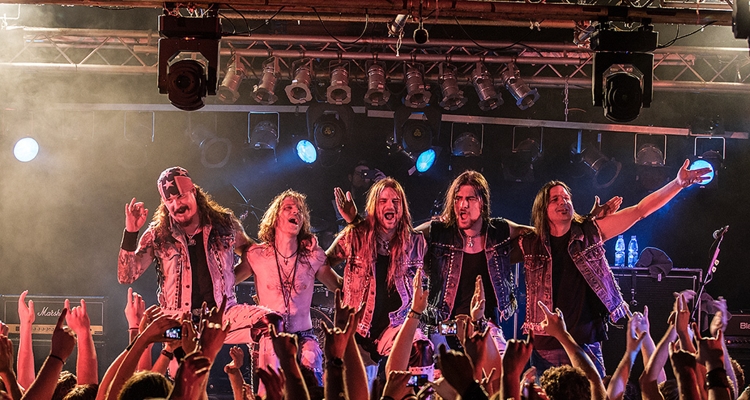 Just one month after Iced Earth guitarist Jon Schaffer stormed the U.S. Capitol, the singer and bassist have left the band.

Schaffer was the metal band’s lone remaining founding member and was photographed inside the Capitol. Fans identified him on social media in the days after the insurrection. That identification led to his arrest on January 17th; Schaffer is now facing six federal charges. One of those charges involves the use of pepper-based bear spray during the riot.

Schaffer is still behind bars at the Marion County Jail in Indiana. He is awaiting transport to Washington D.C. for a hearing on the case. Shortly after fans identified Schaffer among the crowd, Iced Earth issued a statement condemning his appearance.

“We want to thank those of you who have sent words of support in recent days. Some of you have been concerned by our silence, which we understand. We needed some time to properly process the information and find out some facts before we made a statement,” the band said on their Instagram page.

“We absolutely DO NOT condone nor do we support riots or the acts of violence that the rioters were involved in on January 6 at the U.S. Capitol building. We hope that all those involved that day are brought to justice to be investigated and answer for their actions.”

Now just one month after that statement, two members of Iced Earth have quit the band. Singer Stu Block and bassist Luke Appleton have publicly announced their departure.

Stu Block has been the frontman for Iced Earth since 2011. He made the following statement on his Facebook page:

“Well, there are times and events when you have to take stock and re-evaluate your life, work, and trajectory for the future. That being said, I have informed Jon and his current management that I must announce my resignation from Iced Earth with immediate effect.”

Shortly after that statement was posted, Appleton announced he is leaving Iced Earth as well.

“In response to recent events & circumstances, I have notified Iced Earth’s management and Jon that I will be resigning as the Iced Earth bassist with immediate effect. I would like to thank everyone who has sent me their support and love during this difficult time. Thank you!” he writes.

Iced Earth drummer Brent Smedley and lead guitarist Jake Dreyer have not made statements. If the band is to continue on, it will need to find a new singer and bassist.