Kanye West and Kim Kardashian Are Officially Getting Divorced 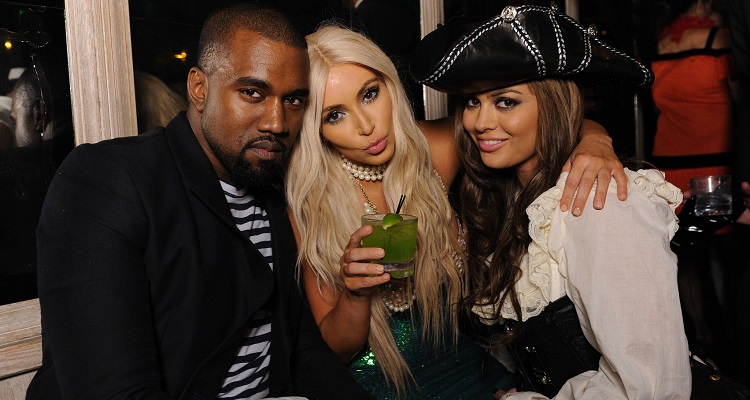 Better Days: Kanye West poses with then-wife Kim Kardashian near the start of their marriage (photo: Campari America (CC by 2.0))

The entertainment world’s biggest marriage is now over. According to court documents shared with Digital Music News this afternoon, Kim Kardashian and Kanye West are officially getting a divorce. The paperwork was filed today (February 19th) in Los Angeles.

The pair first started dating in 2012 after being friends for years. They pumped out a kid in 2013, then tied the knot in late May of 2014 in a lavish ceremony. The couple now has four young children: North, age 7, Saint, 5, Chicago, 3, and Psalm, 21 months old. It’s unclear who will be granted custody of the young ones, though it already appears that the couple are living separately and could pursue joint custody. Kardashian is expected to remain anchored to Los Angeles, while West has increasingly taken up residence in Wyoming.

The filing comes on the heels of Kim Kardashian’s 40th birthday, and marks her third divorce. Ahead of her marriage to West, Kardashian canceled her marriage to NBA player Kris Humphries after just three months. Her first marriage, consummated at age 19, lasted less than five years. Incidentally, the West divorce comes just months after the cancellation of ‘Keeping Up With the Kardashians,’ a series that lasted 14 years.

This was the first marriage for West, who is now 43. It’s safe to say that Kardashian knew who she was marrying, though West’s erratic and manic energy may have shifted from charming to overbearing. West’s high-profile support for then-President Donald Trump and marked shift towards Christianity were certainly within his rights, though the rapper’s outsized and controversial persona may have drained the spotlight from a spotlight-hungry Kardashian.

It may have also been too taxing for Kardashian: the rapper has reportedly been battling mental health issues for years, and admitted to having bipolar disorder. West has been hospitalized numerous times, including for mental exhaustion. With West, however, it’s difficult to separate publicity stunts from genuine problems. It seems that everything for West — and Kardashian as well — is all about grabbing attention, good or bad.

On that note, it’s worth mentioning that West’s fame and celebrity wattage is considerably lower than it was in 2012. West can still grab a spotlight, but his influence within the music world is greatly diminished. His albums come and go, and West’s ‘greatest hits’ are likely in the past. That potentially makes him less attractive within a power-celebrity marriage, though his financial fortune — thanks largely to his alliance with Adidas — has grown considerably over the period.

Perhaps inspired by Trump, West also launched an ill-fated run for president in 2020 that was largely mismanaged and had little impact on the outcome. Kardashian also delved into politics during the marriage, and specifically met with Trump to discuss prison reform issues.