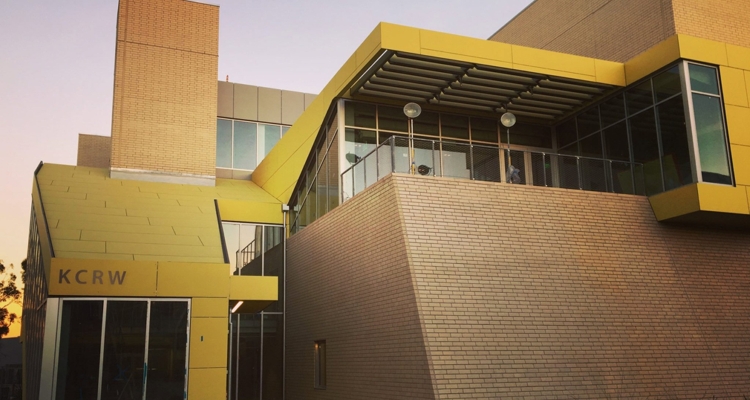 A former news producer named Cerise Castle shared some of her experience on a recent podcast. She said her time at the KCRW station was “marked by microaggressions, gaslighting, and blatant racism starting when I was physically prevented from entering the building multiple times within my first month of employment.

Castle outlined some of her experiences in her farewell letter to staff last year after accepting a buyout. “I’ve had employees tell me that my hair was ‘militaristic’ and that I remind them of a ‘gangsta,'” she wrote in that letter. “I have been screamed at in front of my intern and direct manager, and nothing was done. When voicing my thoughts on segments and programming, I’ve been told that I am ‘loud’ and ‘angry.'”

Castle also alleges that the station claimed credit for an idea she had while employed there. She says the newly announced #MyBlackLA initiative was hers. “To me, this is a prime example of a media outlet using ideas originally pitched by Black employees after a mass exodus of Black workers,” she wrote on Twitter.

“I wanna start out by saying believe Cerise Castle. Without hesitation,” he wrote, sharing his own frustrating experiences at the public radio station. KCRW disputed some of these assertions and said it was not approached for a comment for the LA Podcast before the episode released.

KCRW says in the wake of the allegations surfacing in Castle’s farewell letter, it took steps to address racism. The station says it “conducted a four-month investigation” with an external law firm. “Ultimately, several of the claims were found to be unsubstantiated or not corroborated. But we take all claims very seriously,” the station says.

In a follow-up email to employees earlier this week, KCRW President Jennifer Ferro acknowledged the issue. “I believe we neglected to communicate compassion to Cerise and others who had unhappy and unwelcoming experiences at KCRW, which caused them to leave. For that, on behalf of KCRW, I am incredibly sorry.”

Last year, KCRW DJs joined with other content creators to unionize under the WeMakeKCRW banner. Ferro acknowledged in an interview last year that the makeup of the station “should absolutely reflect the diversity of Southern California, and I do not think we’re at that place.”