What Is Bardcore? A Look at the Latest Pandemic-Inspired Musical Trend 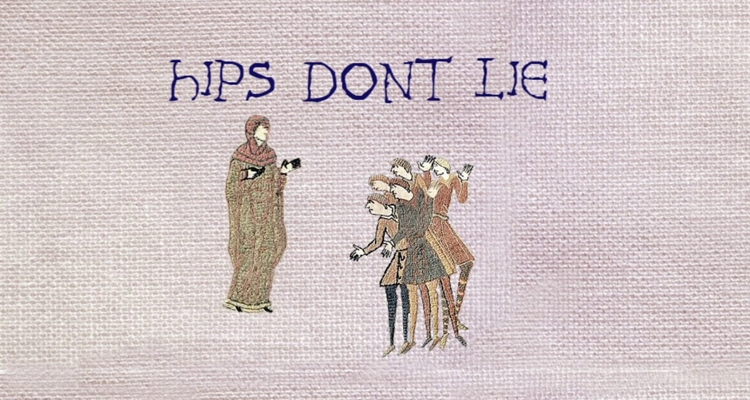 “Bored in the house and I’m in the house bored,” starts a familiar refrain on TikTok. Here’s a closer look at ‘bardcore,’ and how it took over social media during the pandemic.

Last year during the lockdown in Germany, Singaporean engineer Stanley Yong decided to have some fun. He set Shakira’s “Hips Don’t Lie” to medieval instruments, which sounds surprisingly fresh. The song became a viral hit, setting off a new trend the internet has collectively dubbed ‘bardcore.’

What is bardcore? It’s modern-day music re-written to sound like it came from the Middle Ages.

TikTokers embraced the meme, dressing up like medieval peasants and dancing to “Mine Hips Do Not Bear False Witness.” Videos of these bardcore hits have wracked up millions of views on YouTube. “Remember listening to this song while staying home to avoid getting the plague,” one commenter says. The videos are often paired with illustrations inspired by the Bayeux Tapestry, a famous 11th-century work depicting England’s invasion.

Other modern songs that have been given the bardcore treatment include Foster the People’s “Pumped Up Kicks” and Lady Gaga’s “Bad Romance.” Many creators of the videos write and sing their own lyrics.

Examples of Bardcore Covers – Foster the People’s “Pumped Up Kicks”

“I want thine ugly, I want thy disease,
Take aught from thee shall I if it can be free.”

Even a bardcore version of Cardi B and Megan Thee Stallion’s WAP exists. So how do these TikTok virtuosos create their videos? Young says the instruments he uses for his covers are downloaded from virtual sound libraries. It includes a variety of lutes and harps as well as a crumhorn.

Yong says every bardcore cover he does takes around five to six hours to make. “The most difficult part is the introduction,” Yong says. “I’ll probably discard 20 versions before having one that finally works.” Yong says he’s turned to creating bardcore covers of Blackpink and other K-pop groups now.

The trend is reminiscent of TikTok sea shanties, which got their start in December 2020 after a Scottish postal worker uploaded himself singing one. “Soon May The Wellerman Come” is a 19th-century New Zealand sailor song about the ship Billy of Tea. That video has been viewed more than 13 million times. It has been mashed up and remixed countless others.

It just goes to show that these silly trends can really kick-off careers if they hit just right. After all, how many people can say they’re signed to a label because of a sea shanty?