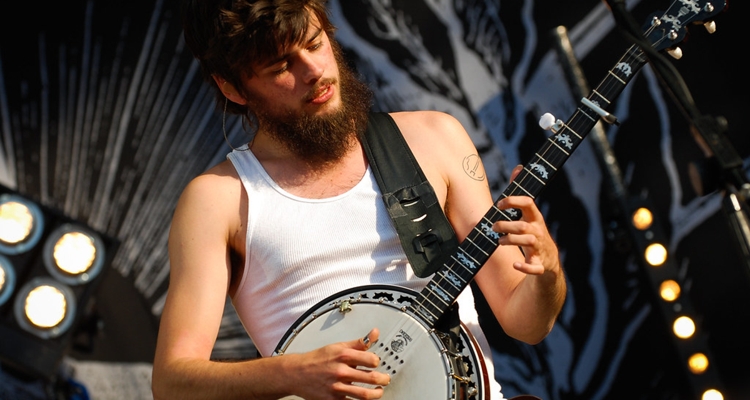 “A dumbfounding endorsement of fascism,” one person writes in response. “Shame, I really liked that one song a while ago.” Another person shared, “”Banjo Player from Mumford & Sons Comes Out as Nazi’ was not a headline I foresaw.”

Another person lamented about the ‘stereotypes’ that surround what a banjo sounds like. “This is so damn disappointing and really reinforces all the bad stereotypes about what it means when you hear the sound of banjos. Supporting fascism ain’t a good look.”

Other fans are asking Mumford & Sons to address the controversy head-on. “Unless you kick Winston Marshall out of the band, I’m done with y’all,” one fan responded on the band’s Instagram account. “Your banjo player is a fascist. What do you think this is going to do to your public image? You guys screwed up, fire the fascist,” demands another Twitter user.

No one from Mumford & Sons has directly addressed the situation. However, the Winston Marshall tweet in question is now deleted.

Marshall and his bandmates have received lots of backlash over the tweet. Fellow English musicians, Sleaford Mods, tweeted, “The fact this t** from Mumford is openly showing his support for continued oppression/fascism/the interests of greed, is almost normal now. He inhabits the same landscape most large bands do.”

This isn’t the first time Mumford & Sons has found itself subject to controversy, either. In 2018, Marshall and his bandmates were criticized for posing with Jordan Peterson in a Canadian music studio. Peterson is another controversial fringe figure for the right-wing. Marshall split from his wife, actress Dianna Agron in 2019.

Andy Ngo himself is a controversial figure in right-wing circles. He rose to fame in 2019 after attending a Proud Boys rally and being attacked. Ngo claimed a milkshake thrown at him was filled with concrete. Whether or not that claim can be verified remains controversial. Ngo continues to assert that the Capitol riots were headlined by Antifa rather than Trump supporters.