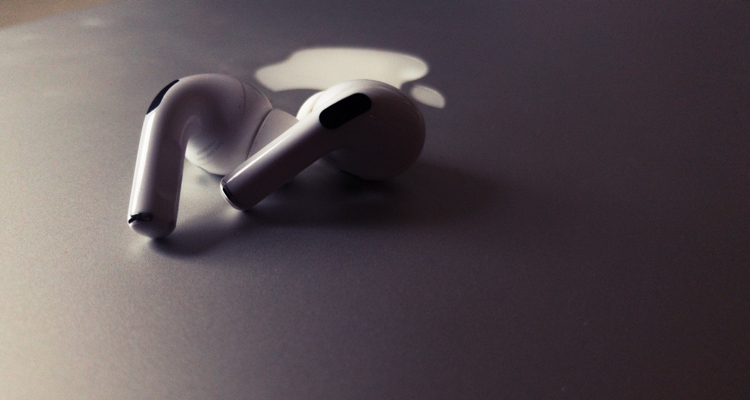 Apple has debuted a new ad spot for AirPods Pro entitled ‘Jump.’ The commercial has kicked off a viral trend on TikTok.

The commercial touts the universality of wireless earbuds, and Apple is recruiting TikTok to advertise. The new “Jump” campaign is focused on getting TikTok users to create their own videos showcasing the AirPods Pro. Remember those old colorful silhouette commercials advertising the iPods? It’s the 2021 version of that trend, but entirely on TikTok.

“AirPods Pro turn the world into a playground. Now it’s time to join in on the fun. Just grab your rope, move to the music, and transform your rope into something playful,” the advertisement tells those who see it. So far, the official Apple TikTok account has shared a few videos of creators who are participating in the campaign.

The song combined with the hashtag #AirPodsJUMP are already going viral on TikTok. Users are racing to join in on the challenge, which feature the AirPods Pro and jump ropes with clever editing in tow. The new marketing campaign is also interesting if you keep up with tech rumors.

Apple is rumored to be releasing a new generation of AirPods Pro ‘soon.’ Some analysts have shared supply chain rumors, and others are trying to predict when Apple will announce the event. Despite the flurry of recent leaks, a new generation of AirPods Pro may not come until next year. That’s because there’s currently a massive chip shortage among electronics manufacturers.

If Apple doesn’t have a new product to push off on customers to buy this year, it makes sense to promote the AirPods Pro via TikTok.

AirPods market share fell from 41% to 29% over nine months, according to Counterpoint data. Despite the dramatic drop in market share, Apple remains well ahead of its nearest competitor.

The lack of growth in market share is not due to a decline in AirPods sales but growth in the budget segment. “There is big potential in budget, and we’re already seeing the impact in hearables. In Q3 2020, half of the top 10 were budget brands with sub-$50 and even sub-$20 offerings. Xiaomi best illustrated the trend as it consolidated its number two spot,” Counterpoint says.

The growing trend away from headphone jacks has fueled the true wireless earbuds market. Apple AirPods continue to be the market leader, even as it loses ground.