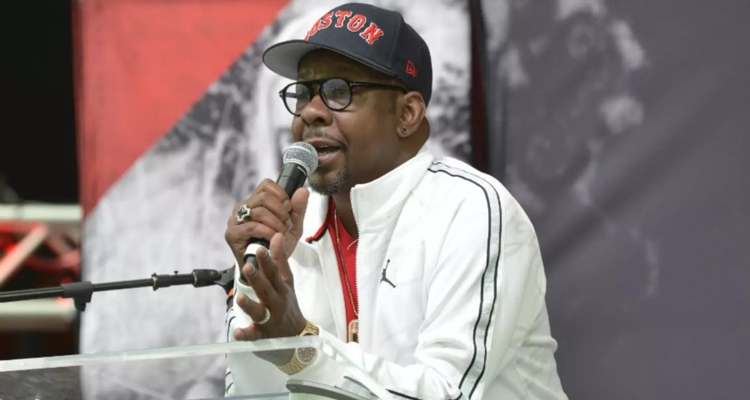 Bobby Brown is calling for criminal charges in the accidental overdose death of his son, Bobby Brown Jr.

An autopsy report revealed on Monday that the 28-year-old died of the effects of several drugs. Alcohol, cocaine, and the opioid fentanyl were in his system at the time of death. Brown Jr. was found dead in his Los Angeles home on November 18. At the time, authorities said they didn’t believe any foul play was involved.

Brown Jr.’s girlfriend was the last person to see him alive. She says she found him unresponsive on the bedroom floor and called paramedics. Paramedics declared him dead on scene, just days before his 29th birthday. In a statement released to the Associated Press, Brown Jr.’s parents say street drugs are responsible.

“My family continues to mourn my son’s death,” Bobby Brown says in the statement. “This epidemic is out of control and those supplying this lethal drug should be held responsible for the death and destruction that it causes. Brown Jr.’s mother, Kim Ward said her son got mixed up with the wrong people. “My son is gone, and those who contributed to his senseless death should be held accountable,” Ward’s statement reads.

Police have presented prosecutors with a possible case related to the death. According to the Los Angeles County District Attorney’s spokesperson, it is currently under review for possible charges. No further details about a possible pending case were shared. The original police report says Brown Jr. drank tequila, snorted cocaine, and used what he thought was oxycodone before his girlfriend found him hours later.

The case for charging Brown Jr.’s suppliers isn’t unprecedented. Mac Miller’s death saw charges brought against three men who provided the drugs that killed him. Miller also died from pills that appeared to be oxycodone but contained a lethal fentanyl overdose.

Brown Jr. had a history of drug and alcohol use, but his death was ruled an accident. Shortly after his death, his father asked the world to pray for his family. “Losing my son at this point in our lives has devastated my family. There are no words to explain the pain,” he told media at the time.

Bobby Brown also dealt with the death of his 22-year-old daughter, Bobbi Kristina Brown. She died three years after her mother, Whitney Houston. The family’s tragic history with accidental drug overdose is unfortunate. But it also showcases just how much needs to be done in reform.