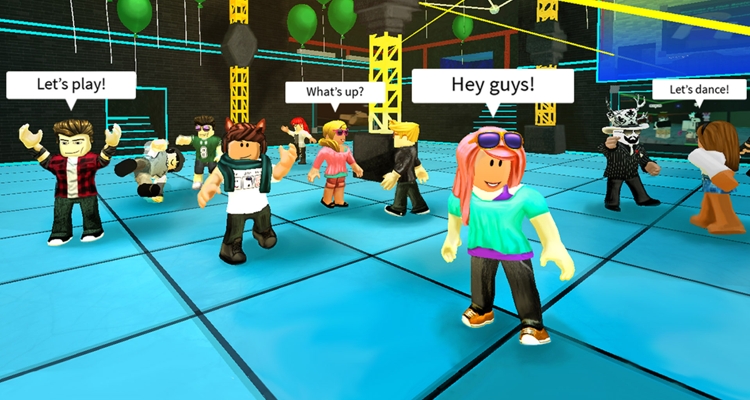 UK rock duo Royal Blood will perform live at the 2021 Bloxy Awards for the Roblox community.

The British rock duo will perform a three-song virtual concert during the show. The Bloxy Awards are Roblox’s celebration of the passion, talent, and creativity of the Roblox community – between players and creators. The celebration will take place on March 27 at 12 PM PST on the Roblox platform.

The concert is produced in collaboration with Warner Records and will mark the first live performance of Royal Blood’s new single, “Limbo.” The Bloxy Awards experience will be open to all and will include four distinct environments across the Roblox Metaverse. Each experience highlights multiple category winners, with the Royal Blood performance mid-way through.

“We are thrilled to perform virtually in front of the Roblox community,” said Mike Kerr and Ben Thatcher of Royal Blood. “This promises to be a real cosmic experience. Strap yourselves in – we look forward to seeing you there.” Warner Records UK President Phil Christie says Royal Blood is the perfect fit for the virtual performance.

Royal Blood released their self-titled double-Platinum debut album in 2014. They’ve continued to see success with their follow-up album, How Did We Get So Dark?

“Royal Blood have always been a forward-thinking band, and so it is fitting that they play inside Roblox this year and introduce a whole new audience to their incredible sound,” Phil says. The performance underscores Roblox’s commitment to helping artists reach new audiences through its platform.

Some of the other immersive Roblox music experiences have included live launch parties to virtual concerts. Each performance has virtual merchandise, games, quizzes about the artist, and Q&A sessions with some of the music industry’s biggest upcoming artists. The Bloxy Awards show will also replay continuously on the platform until April 6.

After the show premieres on March 27 at 12 PM, the Bloxy Awards will replay every hour between March 27 and April 6 inside the Bloxy Awards experience on Roblox. A full version of the show will also be recorded and uploaded to YouTube 10 days after the first show airs. A full list of nominees, show details, and special Royal Blood virtual merchandise can be found on the Bloxy Awards event page.

More than 32 million people around the world enter the Roblox universe to enjoy new experiences with their friends. Each of these experiences are built by the community itself of over eight million creators.