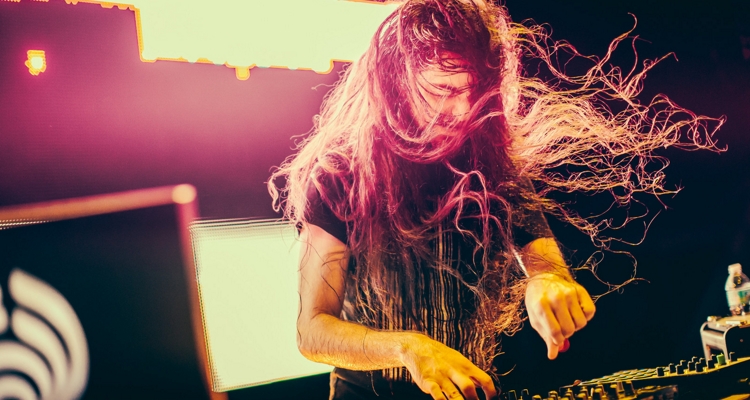 Bassnectar (full name Lorin Ashton) is facing a lawsuit for allegedly sexually abusing minors and allegedly “engaging in a human trafficking venture,” among other disturbing claims.

Plaintiffs Rachel Ramsbottom and Alexis Bowling, along with their legal team (consisting specifically of three attorneys from Philadelphia’s Laffey, Bucci & Kent as well as Phillip Miller of the Nashville-based Miller Law Offices), outlined the troubling allegations in a formal release today.

In addition to Bassnectar, Amorphous Music, Bassnectar Touring, Red Light Management, Live Nation-owned Lollapalooza promoter C3 Presents, and the Interactive Giving Fund are defendants in the suit, per the release.

Moreover, this firmly worded release specifies that “the plaintiffs were sexually abused as minors by Bassnectar,” before noting that Lorin Ashton has also been accused of participating in the aforementioned “human trafficking venture” and “of manufacturing and possessing child pornography.”

“The lawsuit seeks to hold Bassnectar and those corporations that support him responsible for years of grooming, abuse, and trafficking,” the text indicates, reiterating that multiple individuals accused Bassnectar of sexual abuse on an Instagram account (@evidenceagainstbassnectar) last July.

Bassnectar specified at the time that he was “stepping back from” his career, besides characterizing the claims as “untrue” and acknowledhing that “some of my past actions have caused pain, and I am deeply sorry.”

“Other survivors of abuse at the hands of Bassnectar and these corporations are encouraged to come forward and have their voices heard,” proceeds the release. “Anyone with information about Bassnectar or who has been victimized themselves can call the law firm’s hotline at 855-382-3385.”

And while the message doesn’t elaborate upon the allegations from there, attorney Brian Kent addressed the matter in a statement. “We have seen a true reckoning in recent years of powerful individuals and institutions finally being held to account for years of sexual abuse against adults and minors,” said the legal professional.

“But we have only begun to scratch the surface of how these influential figures and entities can go on for years committing abuses without being held responsible. This lawsuit is about seeking justice not just against Bassnectar but against the corporations that cooperate in and help facilitate the abuses he is alleged to have committed.”

At the time of this piece’s writing, Bassnectar – whose latter tweet was published last July, when the sexual-abuse allegations and corresponding social-media account arrived – hadn’t publicly responded to the lawsuit. @evidenceagainstbassnectar, in its first post since January, acknowledged the case but didn’t provide additional details.

Back in July of 2020 – the same month in which the Bassnectar claims surfaced, it bears highlighting – Burger Records shut down after facing an avalanche of sexual-misconduct allegations.