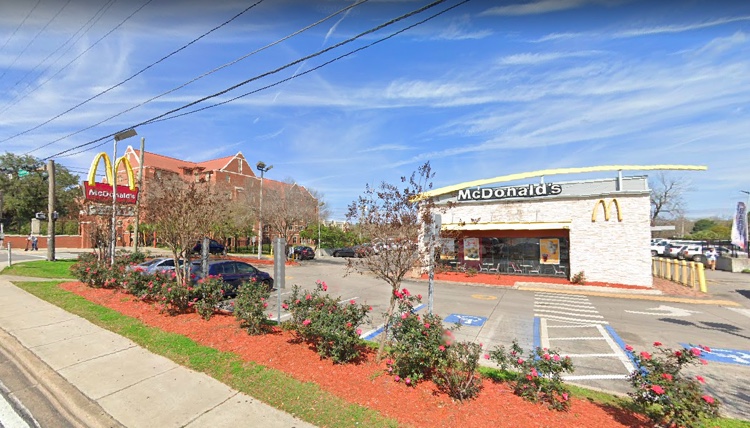 Kodak Black nearly lost his life in a McDonald’s parking lot in Tallahassee this morning — and his bodyguard remains in critical condition after getting shot in the leg.

Kodak Black was the target of a coordinated assassination attempt early Monday (April 5th) morning — and narrowly escaped without getting harmed. According to details released by the Tallahassee Police Department, the high-profile rapper was ambushed by multiple vehicles while grabbing a bite a McDonald’s at roughly 3 in the morning. One of Black’s personal security guards wasn’t so lucky, and remains in critical condition after getting struck in the leg by at least one bullet.

Kodak Black was in the Tallahassee area performing at Cultur3Fest, where the rapper was a headliner.

Florida has largely reopened concerts and public events, drawing stars like Kodak Black after a long period of lockdown. The rapper and his crew were at a nearby club before heading to the McDonald’s for a late-night snack.

At this stage, it’s unclear who perpetrated the ambush or what motivated the assassination attempt. Either way, it appears that the rapper is already taunting his enemies on Instagram, offering them instructions on aiming their weapons.

Indeed, it does look like Kodak Black and his posse made a relatively quick getaway without getting trapped by the multi-car attackers. According to a statement offered by the owner-operator of the Tallahassee McDonald’s franchise, the actual shooting occurred outside of the restaurant parking lot, suggesting a brief chase — and quick exit by Black’s crew — occurred before shots were fired. The owner emphasized that his top priority was the safety of both his customers and employees.

That wasn’t the end of Kodak’s legal entanglements, however. The rapper was quickly battling charges of sexual assault in South Carolina, with Trump only clearing the weapons-related convictions.

Beyond those legal issues, Black has now become an easier target for rivals thanks to reopened venues and the return of touring. That’s a serious concern, especially in light of recent murders of mega-rappers like XXXTentacion, Pop Smoke, and others.

We’ll have more details as they emerge.