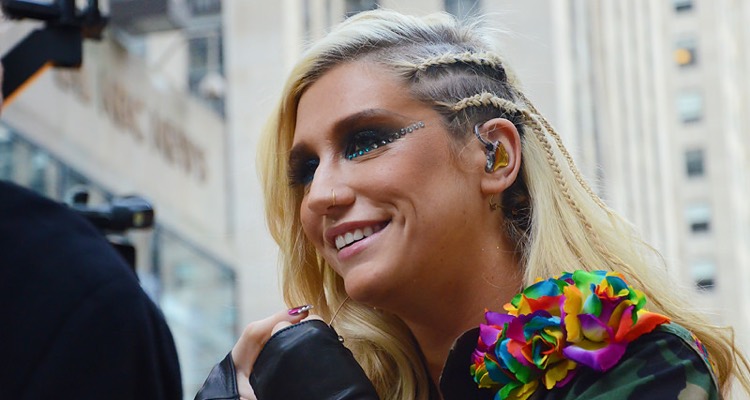 The years-running courtroom confrontation between Dr. Luke and Kesha has taken another turn ahead of its expected fall trial date, as the “Tik Tok” singer and songwriter has officially invoked New York’s recently passed anti-SLAPP law expansions in her defense.

This latest twist in the bitter legal battle came to light in a filing – obtained by DMN – from Kesha and her counsel. To quickly recap the multifaceted case, Kesha in 2014 filed a lawsuit against Dr. Luke (full name Lukasz Sebastian Gottwald), alleging that he’d sexually abused her and mismanaged her career.

Dr. Luke promptly denied the claims and, in a firmly worded countersuit, maintained that Kesha had fabricated the allegations in an effort to exit her contract with him.

The presiding judge in February of 2016 denied Kesha’s request for a preliminary injunction, before dismissing her sexual-abuse claims in April of the same year. Significantly, Kesha had sworn under oath in 2011, as part of a separate case involving her former management team, that Dr. Luke hadn’t drugged or sexually assaulted her.

And in terms of Dr. Luke’s corresponding defamation case against the 34-year-old artist, a New York judge last February ruled that Kesha had in fact defamed Gottwald when she sent Lady Gaga a text claiming that he had raped Katy Perry. The allegation was subsequently alluded to on social media by Kesha’s attorney, and Katy Perry’s team ultimately specified that the claim was untrue.

Additionally, Kesha was ordered to pay Dr. Luke $373,671.88 for allegedly delaying the payment of royalties that he was owed and otherwise breaching the terms of their contract. More importantly yet, given that defamation claims are vastly easier to prove against public figures than private citizens, the presiding judge also determined that Dr. Luke wouldn’t be considered a public figure when the matter headed to trial.

Section 76-A of this law specifies that in any suit involving “public interest” – i.e. subjects besides “a purely private matter” – plaintiffs can only recover damages if they demonstrate “by clear and convincing evidence that any communication which gives rise to the action was made with knowledge of its falsity or with reckless disregard of whether it was false.”

Thus, arguing that the statute applies retroactively in the Dr. Luke suit, Kesha and her attorneys maintain that the producer must demonstrate that she made the statements in question with “actual malice.”

And as Section 70-A of the same Civil Rights Law indicates that defendants can countersue for damages provided that the underlying action “was commenced or continued without a substantial basis in fact and law and could not be supported by a substantial argument,” the legal text relays that Kesha can now “assert a counterclaim against Dr. Luke for compensatory and punitive damages.”

Section 70 also notes that countersuit damages can be sought if the original complaint was levied “for the purpose of harassing, intimidating, punishing or otherwise maliciously inhibiting the free exercise of speech.”

At the time of this piece’s writing, Dr. Luke hadn’t commented publicly on Kesha’s newest filing. One week ago, the 47-year-old’s Prescription Songs announced that it would give songwriters the option of receiving royalty payments in Bitcoin.