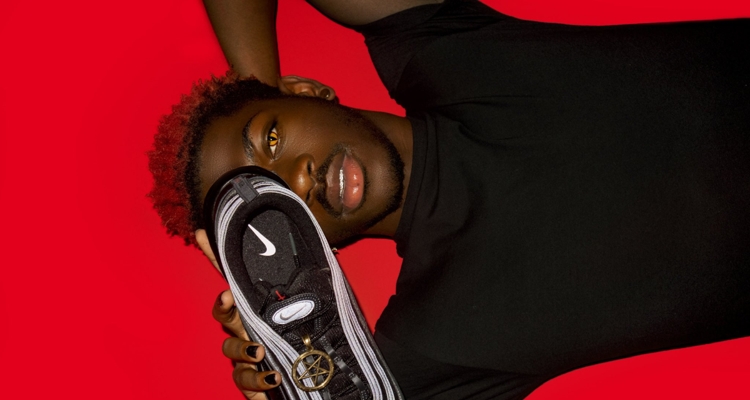 A federal judge has sided with Nike and granted a temporary restraining order on ‘Satan Shoes.’

U.S. District Judge Eric Komitte ruled in favor of Nike, ordering MSCHF to halt production of the shoes. The controversial shoes were produced in collaboration with rapper Lil Nas X to promote his new song, “Montero.” There were only 666 pairs of the limited edition shoes produced, most of which have already been shipped.

Nike’s lawsuit claims the ‘Satan Shoes’ infringe on its trademark and dilute it. Meanwhile, MSCHF’s lawyers argued that the shoes are an individually-numbered work of art, rather than just a shoe. The same company released ‘Jesus Shoes’ in 2019 using the same shoe containing a River Jordan drop.

Lawyers also argued that a temporary restraining order was not necessary, since potential buyers don’t think Nike is involved in the promotion.”MSCHF strongly believes in the freedom of expression,” the company told CNBC. “We look forward to working with Nike and the court to resolve this case in the most expeditious manner.”

“The court issued a temporary restraining order against MSCHF,” Nike said in a statement. “We don’t have further details to share on pending legal matters.” Nike was quick to crack down on the ‘Satan Shoes’ after they went on sale last week.

The modified Nike Air Max 97 sneakers feature a black and red styling, with references to Luke 10:18. It’s a Bible verse that references Lucifer’s fall from Heaven. The shoes also come with a pentagram pendant and have mostly taken over conservative news spaces – a successful troll by Lil Nas X. The rapper explained it himself on social media.

Update: Nike and MSCHF have reached a settlement in regards to the Satan Shoes.

The settlement will do little more than spread awareness of the shoes, since it involves an entirely voluntary recall. MSCHF must buy back all Satan Shoes it has sold for their original retail prices to remove them from circulation.

But you can bet that’s not going to happen with the amount of press the Satan Shoes have gotten. Rapper Trippie Redd is already showing off his pair of the limited-edition shoes on Instagram. As part of the settlement, Nike says anyone who doesn’t return their Satan Shoes for a full refund must contact MSCHF if they encounter a product issue, defect, or health concern.

Both MSCHF and Lil Nas X get the ultimate win here, since the shoes have received so much press.