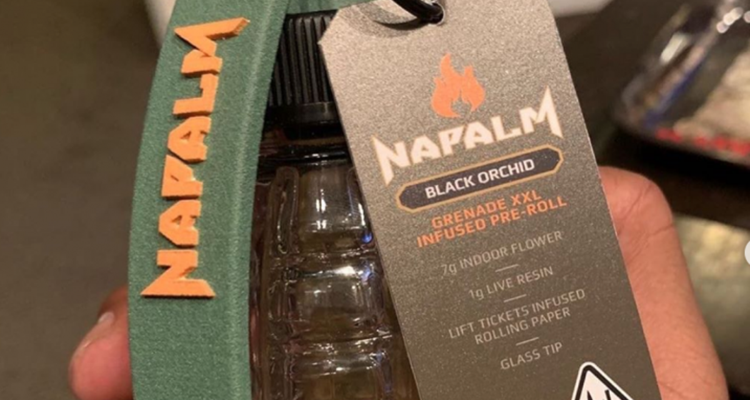 Rapper Xzibit is offering a substantial reward for information about his Napalm Cannabis business robbery.

On Thursday morning, Xzibit shared that one of his warehouses was looted and damaged. The company’s name stirred up some controversy when the products went on sale in Los Angeles dispensaries. The packaging resembles grenades, with ‘Napalm’ written on them. Xzibit has issued an apology to the community, but now he believes there’s more to it.

“What you’re looking at is someone broke into my warehouse last night,” Xzibit says in the video. “They couldn’t do it with the media shit, so they come and do it at my place of business. Guys, I’m being targeted. This shit is crazy. They come into my warehouse and my place of business, kick my doors in. Just, look at him. Look at him. Four in the morning. It’s an inside job. This is not random. Yo fuck ‘yall. We still rollin,” the rapper says.

“Shits outta hand. They will try everything to bring me down. This is just out of fucking control. $10,000 reward for any information leading to the arrest of the people involved. I will find you,” the rapper wrote on Instagram.

But Xzibit isn’t done with his investigation yet. After inspecting the warehouse, the rapper found the careless thieves had left blood behind. “Guess what, you dumb f*cks?” the rapper says in a second video. “You f*cking idiots. One of you assholes was bleeding last night. Yeah. Somebody left some muthafuckin’ blood here. Guess what else you f*cking dickw*ds? Turn yourself in; you left something.”

Xzibit defended his use of the branding of Napalm for his cannabis brand via social media a few days ago. The rapper says the branding comes from the design of his album’s CD released in 2012. “That’s the font we use, that’s the flame we use, so it’s based off the album. And it transcended to how we build our cannabis company.”

The timing of the robbery seems a bit weird, considering the latest controversy around the name. Since the products hit dispensaries in South LA, some complaints about them have arisen. The pre-rolls are sold in a container that looks like a grenade with Xzibit’s Napalm branding clearly visible.

Whether or not these two incidents are related, who knows. If you have any information about the robbery, contact the Los Angeles Police Department. We’ll keep our ear to the ground to see how this one turns out.