Morrissey Slams His Parody on The Simpsons: “In a World Obsessed With Hate Laws, There Are None That Protect Me” 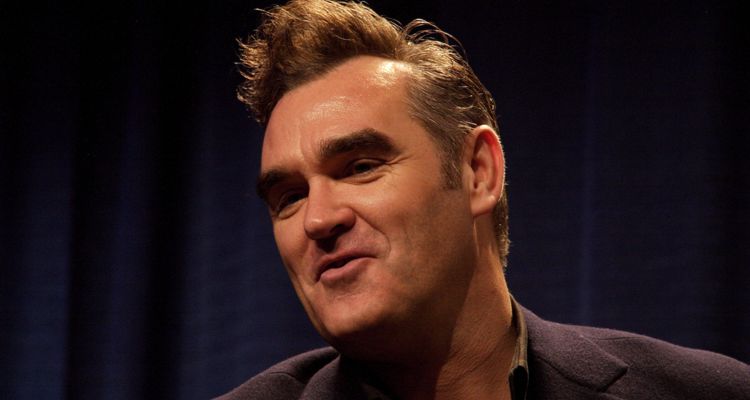 A new episode of The Simpsons has Morrissey upset and threatening a lawsuit on social media.

The British artist is upset by “Panic in the Streets of Springfield,” which aired last Sunday. It sees Lisa become enamored with a vegan British musician named Quillougby, who is voiced by Benedict Cumberbatch. Quilloughby is the frontman of a band called the Snuffs, a play on The Smiths.

The character appears as an imaginary friend to Lisa, singing spoof songs like “Hamburger Homicide” and “Everyone Is Horrid Except Me (And Possibly You).” Quilloughby’s singing voice and spoof songs were written by Flight of the Conchords’ Bret McKenzie. Eventually, Lisa is horrified to learn the manufactured image Quilloughby projects is fake after she sees the Snuffs in concert.

Shortly after the episode aired, Morrissey’s manager Peter Katsis criticized The Simpsons on Facebook. “Surprising what a ‘turn for the worst’ the writing for The Simpson’s tv show has taken in recent years,” the letter begins.

“Poking fun at subjects is one thing. Other shows like SNL still do a great job at finding ways to inspire great satire. But when a show stoops so low to use harshly hateful tactics like showing the Morrissey character with his belly hanging out of his shirt (when he has never looked like that at any point in his career) makes you wonder who the real hurtful, racist group is here,” the letter continues.

“Morrissey has never made a “cash grab”, hasn’t sued any people for their attacks, has never stopped performing great shows, and is still a serious vegan and strong supporter for animal rights.”

Seems like The Simpsons episode really struck a nerve with Morrissey, who responded himself.

“This is my first comment (and hopefully my last) on The Simpsons’ episode, which I know has enraged many people,” the artist begins on his website. “The hatred shown towards me from the creators of The Simpsons is obviously a taunting lawsuit, but one that requires more funding than I could possibly muster in order to make a challenge.”

“Neither do I have a determined business squad of legal practitioners ready to pounce. I think this is generally understood and is the reason why I am so carelessly and noisily attacked. You are especially despised if your music affects people in a strong and beautiful way, since music is no longer required to,” Morrissey continues. “In a world obsessed with Hate Laws, there are none that protect me,” he says.

You can read the full letter on his website.