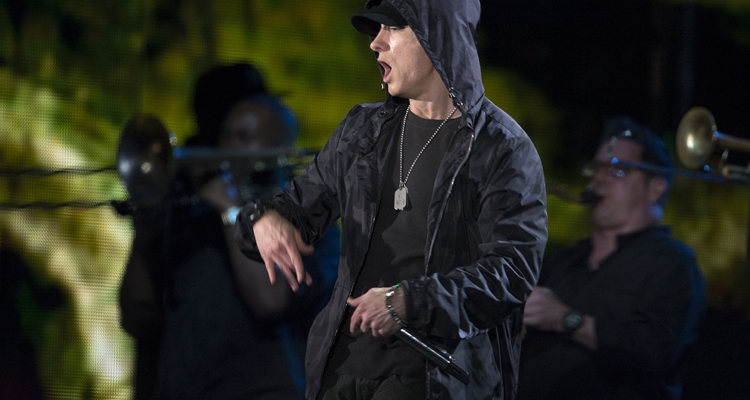 Judge Trauger just recently ruled on the Harry Fox Agency’s motion to dismiss the much-publicized complaint from Eight Mile Style, which has accused the New York City-based entity of both vicarious and contributory copyright infringement.

To recap, the underlying courtroom confrontation initiated back in August of 2019, when the Eminem publisher alleged that Spotify had infringed upon a staggering 243 songs, including hits such as “Lose Yourself” and “Without Me,” by failing to pay royalties for billions of streams.

Of note is that the plaintiffs are seeking “advertising revenue and the value of the equity interest Eight Mile was deprived of by virtue of the infringement” in the suit – or billions in potential compensation – besides the up to $150,000-per-track damages (which would come out to $36.45 million).

The Stockholm-based music streaming platform promptly denied the allegations, stating in part that Eight Mile Style had “received substantial royalty payments from Spotify based on that streaming” for the better part of a decade.

Then, Spotify in June of 2020 continued to push back against the allegations (“the underlying infringement claim by Eight Mile lacks merit”) – albeit while levying a third-party complaint against Kobalt Music Publishing, stating that “Spotify was, in fact, licensed by Eight Mile’s agent, Kobalt, to reproduce and distribute the Compositions [the 243 Eminem songs in question].”

The convoluted legal battle took yet another turn in July of 2020, when Eight Mile Style added the Harry Fox Agency as a defendant, maintaining that it and Spotify had participated in a “fraudulent scheme” to hide Spotify’s alleged “failure to acquire timely compulsory mechanical licenses” for the 243 Eminem works in question.

“Spotify did not have any mechanical licenses,” the latter filing bluntly relayed, “direct, affiliate, implied, or compulsory, to reproduce or distribute the Eight Mile Compositions.”

Finally, the 94-year-old Harry Fox Agency moved to conduct an oral argument due to “the complexities of the factual allegations and legal issues presented,” in addition to indicating that it “is not a proper party to this action and intends to move to dismiss the Amended Complaint on jurisdictional, improper venue, and substantive legal grounds.”

Now, as initially mentioned, a federal judge has rejected this request in part, dismissing the vicarious copyright infringement claim against the HFA because “it was Spotify’s agent and Spotify was the principal—not the other way around—and doctrines of vicarious liability, in the copyright realm or otherwise, do not typically impute the actions of the principal to the agent.”

But on the contributory infringement front, Judge Trauger specified that the Eminem publisher has “plausibly pleaded facts suggesting that HFA, through its actions, helped Spotify abuse industry conventions and HFA’s own reputation to launder Spotify’s infringing activity and prevent rights holders and their affiliates, including the plaintiffs and Kobalt, from realizing that infringement was occurring and moving to stop that ongoing infringement.

“The plaintiffs may ultimately have trouble addressing this argument as this case proceeds. For now, however, the court is required to take their allegations as true, and the plaintiffs have alleged that, in the context of music industry practice, such deception was not only possible but both intended and expected by Spotify and HFA,” the presiding judge wrote when explaining that the contributory infringement charge against the HFA wouldn’t be dismissed.

Lastly, the judge rejected the Harry Fox Agency’s aforementioned request to hold an oral argument: “Generally speaking, however, this court does not typically grant such requests solely on the basis that the underlying issues are important, complicated, and/or highly contested.”

Eight Mile Style’s request for leave to amend the complaint in the event that the court determined that it “has not sufficiently pled either of its claims with sufficient particularity” was also denied.