Bon Jovi Drive-In Concert Coming to 300 Drive-Ins Across the US, Canada, and Ireland 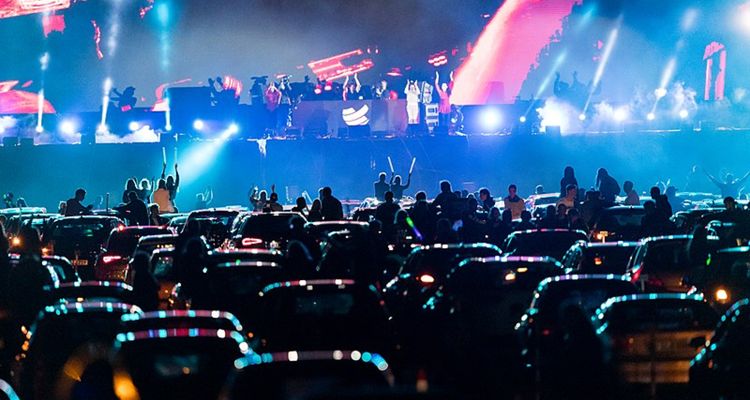 Bon Jovi is kicking off the Encore Drive-In Nights 2021 concert in May – broadcast on 300 screens.

The live event will be broadcast on 300 drive-in screens across the United States, Canada, and Ireland. Select indoor cinemas around the world will also broadcast the live concert series.

Bon Jovi announced the new drive-in concert with a teaser video. Tickets for the event will go on sale April 29, but JBJ Experience members get access to purchase tickets a day early. General admission tickets cost $89 per vehicle for up to six people to attend.

“Bon Jovi is a global icon and we’re so happy that the band will be launching our 2021 concert season,” says Encore Drive-In Nights CEO Walter Kinzie. “The pandemic has taught us that there are new avenues for live entertainment, and this model is one of the safest and most innovative options for world-class, fun events for the whole family.”

“There are millions of fans who don’t usually attend live shows, whether it’s because they live far away from the big touring arenas or because of the cost. Artists can now connect with these fans in a completely new way,” Kinzie continues.

And he has a point – broadcasting a live drive-in concert simultaneously to 300 theaters is certainly a new form of entertainment. But will it have the same cache as attending an actual live concert? There’s a certain thrill and electricity that comes from being at a live music event. That’s hard to replicate when everyone is crammed in their cars watching a screen.

The Encore Drive-In Nights series is presented by Encore Live, an event production company. Encore Live is partnering with drive-in and outdoor theaters across the world to give fans access to shows they otherwise couldn’t attend in person. Encore Live has an exclusive distribution agreement with Trafalgar Releasing to show the concert at indoor cinemas around the world.

International screening dates outside of the US and Canada will be announced soon, according to event organizers. It will be interesting to see what kind of crowd Bon Jovi draws with this performance. Garth Brooks managed to attract quite the crowd to his drive-in concert in 2020.