Joe Rogan Episode Under Review at Spotify Over ‘COVID Misinformation’ 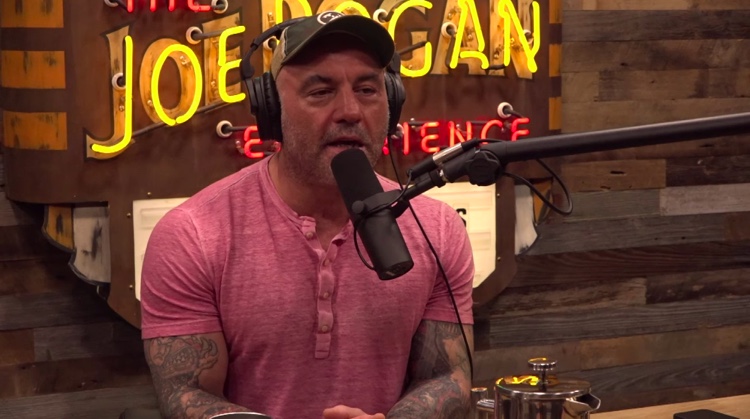 Spotify is now actively reviewing a recent episode of The Joe Rogan Experience following concerns that Rogan spread ‘COVID misinformation’ during the discussion.

It’s unclear what direct action — if any — Spotify is planning to take against Joe Rogan following the remarks, though a recent episode is now understood to be ‘under review’ at the streaming platform for spreading ‘COVID misinformation.’ Digital Music News was alerted to the oversight process by sources who previously pointed to the removal of a substantial number of earlier Rogan episodes.

In a wide-ranging discussion with comedian and political commentator Dave Smith published on April 23rd, Rogan stated that he would not advise younger people to vaccinate themselves against COVID-19 based on their lower risk profile, a statement that may violate Spotify’s policies.

Rogan further questioned whether people should be forced to vaccinate themselves or vaccinate their children.

“But there are a lot of jobs that will tell you that you need to have [the vaccination],” Rogan continued. “People are worried about them doing it for their children. And we talked about this earlier — that you might have to have your children vaccinated.

“And I can tell you, as someone whose children got the virus, it was nothing. I hate to say that if someone’s children died from this, I’m very sorry that that happened, I’m not in any way diminishing that. But I’m saying, the personal experience that my children had with COVID was nothing. One of the kids had a headache, the other one didn’t feel good for a couple of days. I mean, not feel good like — hmmm, no big deal, no coughing, no achey, no agony, nothing like that. It was very mild, it was akin to them getting a cold.”

Smith then pointed to the ‘theatrics’ or ‘virtue signaling’ surrounding COVID vaccinations. “Yeah, and you can have this thing with virtue signaling and this theatrical display of ‘I got the vaccine, what a good person I am, I care about everyone.’ But look, my daughter’s a lot younger than your kids, but yeah, I’m not injecting my daughter with something to f—king virtue signal. I’m not doing that. If there’s something that she statistically has no risk from, I’m sorry I’m not doing any experiments on her.”

Rogan then reiterated the extremely low risk that COVID poses to children. “But it’s amazing that that’s controversial. That even saying, ‘I’m not going to inject my child with the vaccine,’ is so controversial. Because again, we’re not even talking about the flu, which we just found out killed 22,000 people last year. We’re not talking about that — we’re talking about something that is not statistically dangerous for children.

“But yet people still want you to get your child vaccinated, which is crazy to me. You should be vaccinated if you’re vulnerable!”

Currently, Spotify has declined any comment on the matter, though the platform is understood to be considering its next steps.

Those next steps could include the removal of the episode for violating ‘COVID misinformation’ policies, or simply a removal of the section of the episode discussing the vaccine. Already, Spotify has deleted 42 Joe Rogan podcast episodes, though it has not delineated the reasons for the specific removals.

There are other possibilities. Spotify has previously considered issuing pre-show disclaimers following demands by Spotify employees who felt Rogan was transphobic. Earlier, those employee activists also demanded direct editorial oversight over Rogan’s shows, including the introduction of ‘trigger warnings‘ prior to specific shows. But Spotify has (so far) pushed back against those demands.