Joe Rogan Doubles Down on COVID Vaccine Comments: “I Don’t Think That If You’re a Young, Healthy Person, That You Need It.” 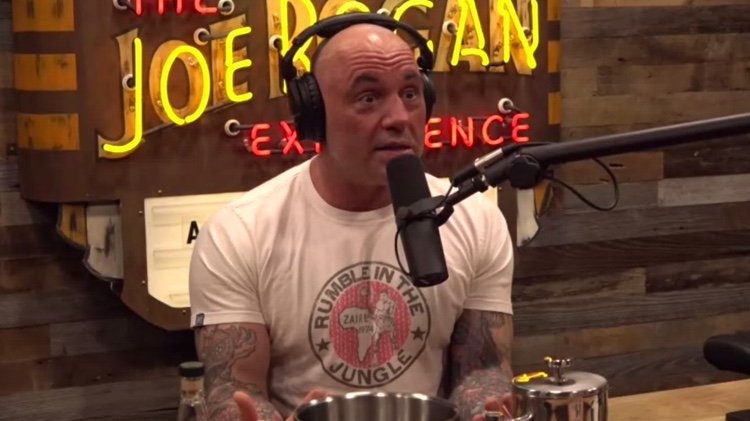 Despite heavy blowback from the White House, Dr. Anthony Fauci, and the broader medical community, Joe Rogan isn’t changing his opinion on the COVID-19 vaccine.

Should younger, healthy people take the COVID-19 vaccine? Joe Rogan says he still wouldn’t recommend it, though he clarified that he isn’t an anti-vaxxer. “There’s some legitimate science behind [COVID-19 vaccines],” Rogan told his latest guest, Andrew Santino. “This is the thing about this whole thing, people being upset at me: I’m not an anti-vax person.”

Instead, Rogan stated that he’s very pro-vaccine for those that need or want it, particularly those that are vulnerable to the virus. “I said, ‘I believe [the vaccines are] safe,’ and I encouraged many people to take them,” he explained. “My parents were vaccinated. I just said, ‘I don’t think that if you’re a young, healthy person, that you need it.’”

That’s an accurate paraphrase of what Rogan stated on an earlier podcast that started the firestorm — and it’s a stance that Rogan is sticking with.

That prompted a sharp rebuke from both the White House and Dr. Anthony Fauci, who accused Rogan of speaking selfishly and putting vulnerable members of society at risk.

“You’re talking about yourself in a vacuum,” Fauci criticized. “So if you want to only worry about yourself and not society, then that’s okay,” Fauci continued. “But if you’re saying to yourself, even if I get infected, I could do damage to somebody else even if I have no symptoms at all, and that’s the reason why you’ve got to be careful and get vaccinated.”

That’s a point that Rogan acknowledged, though he argued it was a separate discussion. “Their argument was, you need it for other people,” Rogan said. “That makes more sense, but that’s a different argument. That’s a different conversation.”

Rogan has also stressed the importance of physical fitness, diet, and other immunity-boosting activities that protect against the virus. For example, Rogan frequently cites a CDC statistic showing that a substantial majority of COVID-19 complications and deaths involve those who are obese or overweight, while also noting that a very high percentage of COVID-19 deaths also involve multiple co-morbidities.

On that last point, Rogan has stressed that just 6% of COVID-19 deaths are caused by COVID alone, also citing CDC statistics.