Is This Yet Another Spotify Surveillance Patent? 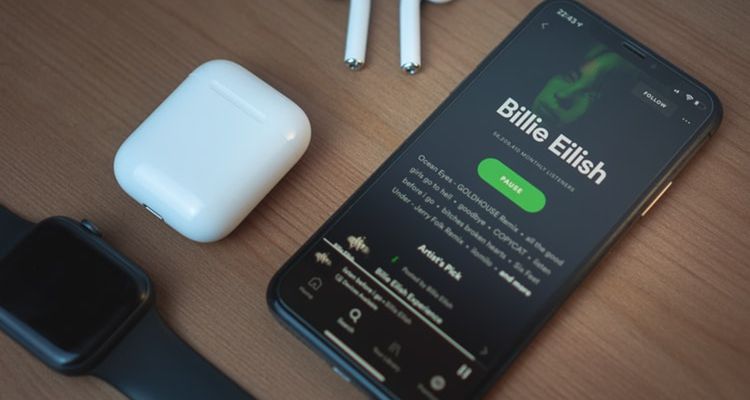 Spotify has come under fire for its surveillance patents that monitor users to mine data. Here’s a new one.

Spotify’s patents for listening to emotion from a user have rightly gotten a lot of pushback. But the music streaming giant continues to register surveillance patents for gathering more user information. The latest patent involves monitoring smartphone device sensors for various environmental conditions.

“These sensors are capable of providing raw data with high precision and accuracy and are useful if you want to monitor three-dimensional device movement or positioning, or you want to monitor changes in the ambient environment near a device,” the patent reads.

Using device sensors to detect what a user is doing is what Spotify is proposing. For example, using your device’s accelerometer to know you’re driving during your commute and prefer to listen to podcasts at that time. Here’s the example Spotify gives in the text of the patent.

“For example, the system can monitor that a user has returned home (using location signals) and has connected their mobile device to the wireless speakers in the kitchen (using co-present device signals and proximity signals) at 7 pm (using time/date context signals),” the patent offers as an example.

“Having built up context generation for this specific user, the system knows that such a user listens to music while cooking dinner in the kitchen and understand what songs the user usually listens to during this activity.”

Spotify essentially wants to monitor all the sensors on your device to learn more about you with these surveillance patents.

Always go to the gym at 3 pm after work on Thursdays? Spotify wants to offer you your favorite workout tracks. These kinds of things can seem innocuous on the surface, but they help build an identifiable profile about a person.

This kind of data can also be used to tailor advertisements to users. If the user in Spotify’s example is a free-tier user – they may hear ads for meal delivery services like Blue Apron or Hello Fresh. The idea is to serve up ads that are relevant to what you are doing, which is exactly what this patent facilitates.